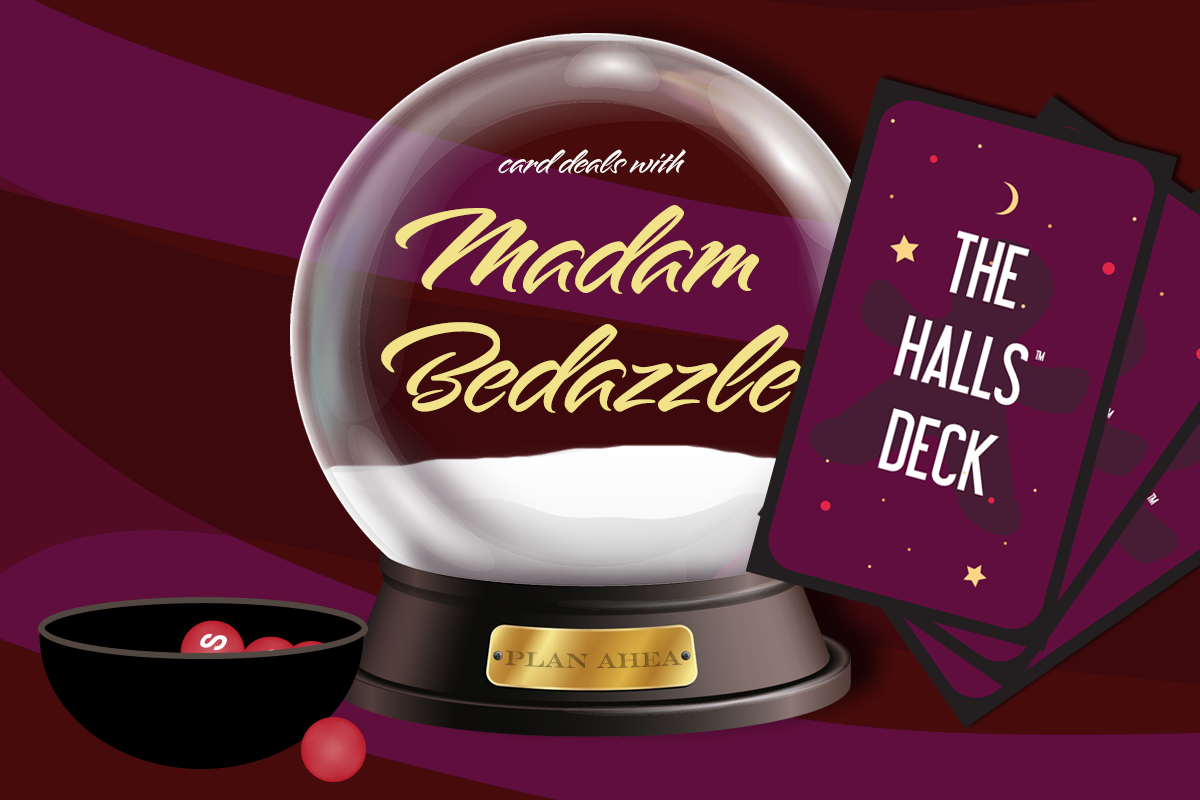 Bedazzle: to confuse by a strong light. 2 : to impress forcefully, especially so as to make oblivious to faults or shortcomings: : enchant. 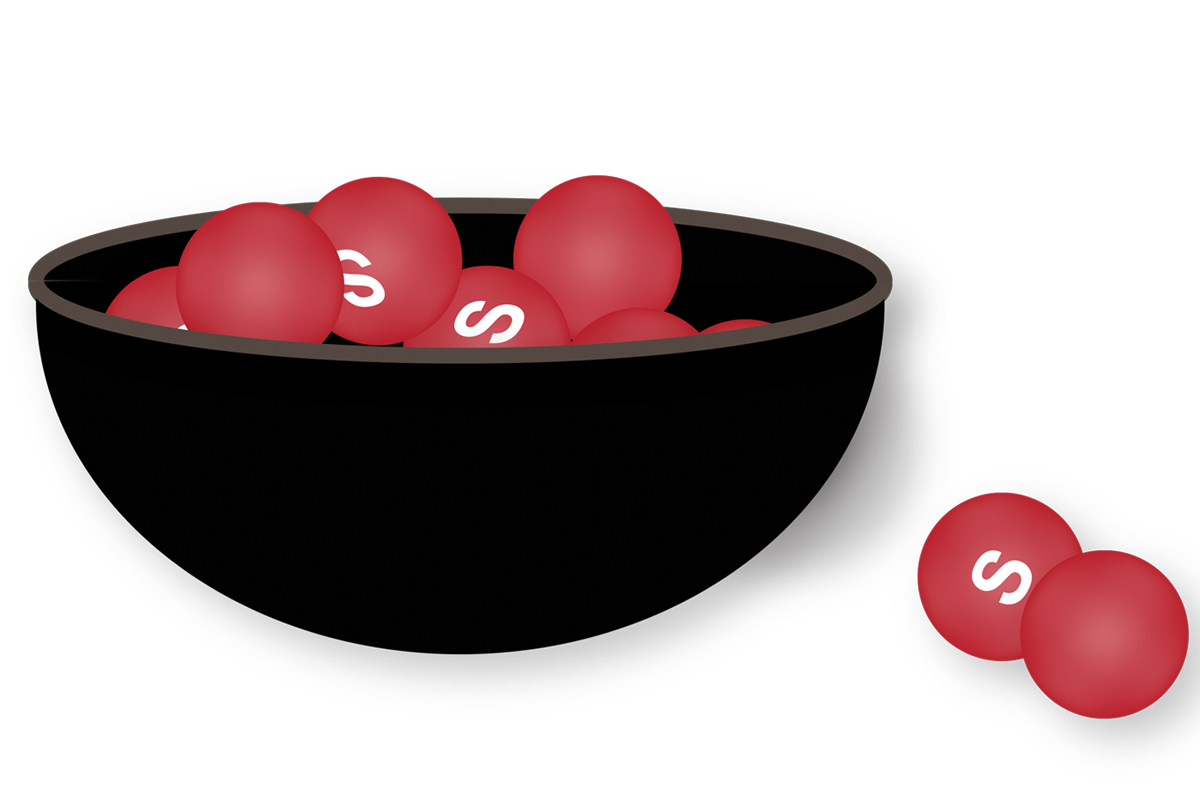 Madam Bedazzle is an esteemed deck dealer from Kaffeklubben Island, a highly-intuitive, card reader of The Halls™ Deck, used by skilled practitioners of the Arts and Crafts coterie to interpret, forecast, and crochet symbols, motifs, and typography into affirming messages.

Bedazzle practiced as an iffy intuitive for the last 23 years, and in a variety of seasonal, remote positions since COVID hit. She has a passion for ant farming and giving cliché advice. You may find some of her work in Legend, Sagacious, and Halcyon‽ questionably rollicking.

She looks forward to astounding imaginations and asks that you take in her readings in whichever Kaffeklubben accent suits you best. She also welcomes recommendations for new hard candy flavors.

Legend of The Halls™ Deck

Existing in the Northern Hemisphere at least since the 14th Century, the highly-intuitive and suggestive Halls™ Deck is used by skilled practitioners of the Arts and Crafts coterie to interpret, forecast, and crochet symbols, motifs, and typography into affirming messages.

Expectedly, skilled dealers pull a card and weave an interpretive reading into a sitter's tapestry of wishes and desires — gently nudging towards a productive direction. At one time, readings were only given during the wintertide Christmas season, but now with flexible work schedules can happen year-round.

Some creatives fear when certain cards are pulled and never want to get 'a bad deal.' Bedazzle assures that even ominous-appearing cards have two sides and four edges, so there's plenty of opportunities to turn them around.

This card pair first appears to be one thing, when it's really another.