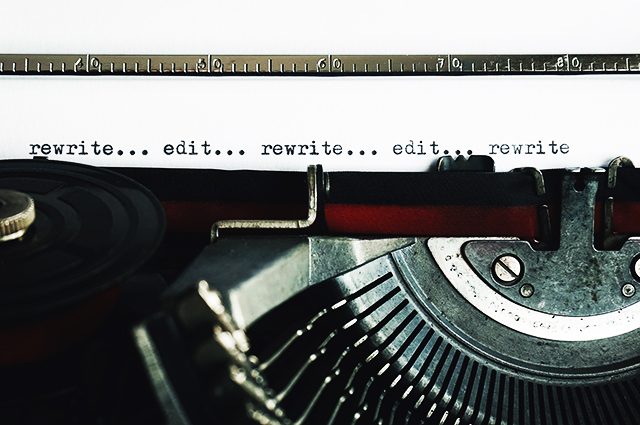 You want to write. You really do. But the passion you feel never gets translated into actual writing. And if it does, it doesn't last very long. You run out of steam.

There are reasons for this. First, you may be writing out of your conscious mind. Another problem for many writers is that they don't have enough technical facility with the craft of writing to know how to develop a piece. That can be taught, but technical facility alone won't do the trick. Technical facility lies in the domain of the left brain, and you'll give the Inner Critic an open season if you fixate on technique alone. But technique fed by passion is unstoppable.

I have a theory that has been very successful in my teaching. I believe that anyone who has taken the trouble to find me and taken the risk of coming to see me much less signed up for a series of workshops or private lessons has a writer within dying to break free. With that in mind, even if the person is a novice, I never experience her as such. Instead, I imagine I'm talking to the Inner Writer whom I feel already knows everything I have to teach.

The aim of my teaching is first to acknowledge the Inner Writer and give her permission to come to the fore. She is a bit groggy from being kept in the shadows for so long, so I need to remind her of certain things. The Inner Writer literally soaks up the teaching, and if allowed, will guide the student into whatever landscape and characters beckon. Sometimes in only one session a character never before dreamed of flies free.

"But I've never thought about such things before," the writer will say, sometimes delighted, sometimes taken aback. "I didn't know…"

"Not in the conscious mind," I tell them. "But in the dream world and flights of dark fancy you knew." The knowing beyond knowing is a place of comfort and excitement for the writer within.

This method of teaching or dialoguing with a student's Inner Writer has had results that I once found astounding and now muse over. Let me tell you about Jean, whose success is one of never-ending delight and inspiration not only to me but also to others in the class. Jean was an unassuming schoolteacher when she came into my workshop. She hadn't written any fiction in five years, and her first months in class were difficult.

Week after week Jean was sent back to the drawing board; the situations she wrote about had potential, but the characters were somewhat stiff and unbelievable. There was one character of more interest than the others; he was emotionally bloodthirsty and seemed to devour, suck out the lifeblood of those around him. I urged Jean to go more deeply into his dark emotions. This was difficult for Jean, whose Inner Critic basically wanted her to make nice stories, certainly not to write about such subjects as violence and definitely not sex.

But Jean had a passionate need to write. It is possible to sense a writer's passion even if it is shackled. It rises off the page in bursts of unexpected electric currents; it is like a caged panther filled with a devouring hunger for freedom.

Each week I pushed Jean further and further, driving her deeper and deeper into stories lying in her character's past, exploring his motivations, finding out what makes him tick. In essence, I was pushing Jean to become this character. To forget herself and move into the skin, the blood, muscles and sinews of her character, to see the world through his eyes.

This is an extremely subtle and important move-out of self and into the character. You never want your character to be you. Instead, you must become your character. This is truly a wondrous metamorphosis, and when it happens, you can feel it in your body, mind and heart; it is the moment when you cease being you with all your doubts, judgments, desires and Inner Critic yappings and move into the being of another.

Then no matter if the character stands for everything you are not (and some of your best characters will), you have moved out of judgment, you are no longer writing from the left side of the brain and you have fallen not only down the Rabbit Hole but in love. You see your character's flaws, but no longer judge them. You love your character despite his flaws, you love him for his flaws, you love, you are in love, and the real magic can begin. You no longer try to stop or change the character. You are passionately along for the ride.

I could sense Jean was approaching this place. She kept on saying things like, "I don't know why I like this guy so much. He's mean, he's brutal, he cheats on his wife, envies and hates his brother, but…" She couldn't help smiling and her eyes lit up. "I can't help loving him."

She kept on writing about this fiend, and although the writing improved, it still didn't reflect the passion that Jean clearly felt. And then in the middle of a workshop, her emotionally bloodthirsty character transformed in my mind into a vampire and I asked her, "Do you like horror stories?"

"I love them," she said as if that were a deep, dark, dirty secret. Jean's eyes are always a dead giveaway to her inner delights. They sparkled as she admitted to what her Inner Critic surely thought was a sinister truth, and she laughed nervously.

"So write a vampire story," I said.

She did. She wrote a cute vampire story, on the surface. Underneath, however, I sensed she'd hit a vein — so to speak. Beneath the cute, the characters were bleeding. She didn't sense this, but I encouraged her to write more vampire "stuff," to take more chances, go deeper, darker, bloodier.

It was a process that took months, and Jean had to wrestle with some pretty powerful demons, but a year and a half later, she is nearly finished with the first draft of a terrific horror novel. The hero is a vampire who is as seductive as he is bloody; but the novel is also humorous, sometimes deliciously tongue-in-cheek and, at its core, explores what all good writing explores, the shadow side of the human condition, that confusing place in all of us where good struggles with evil, love dances with hate, lust rushes unbidden through our veins, and mercy, tenderness and forgiveness slip through our fingers again and again. And sometimes I think that best of all is that Jean is having the time of her life!

The following excerpt from Jean's book shows the lush sensuality of her embracing of the darkside. The vampire hero, Devon Ducayne, has just murdered an important politician to the strains of a chamber music concert. As the man falls lifeless, there is a knock on the door and his daughter enters.

"Father, you are missing the concert. Bring your guest out. Let's enjoy the…"

A young woman, slender, tall, and attractive, stepped into the room. Devon recognized her as Frawley's daughter, Mary. She looked with horror at the body of her father draped over the desk. She opened her mouth as if to scream when the vampire bounded through the air and hurled himself at her. She bounced against the wall with a loud sigh as the air was knocked out of her. Stunned, she dropped onto the floor and slammed her head against the edge of a cumbersome bookcase.

Blood gushed from an open wound. It splattered over the floor and formed bizarre patterns on the white wall. A satiny red puddle next to the girl widened and glistened in the dim light of the fire. She was barely alive; he felt the warmth of her body; he heard the soft irregular breathing. He smelled the sweetness of the blood, saw vapors lifting from the pool. He felt his loins grow warm. He ached to feed. He felt the sticky texture of the fluid on her soft curls. Flicking his tongue in and out he licked at the wound and pressed his lips to the girl's neck in eager anticipation. The music stopped.

The guests were out in the hall just beyond the door. They were milling about waiting for their host. Devon rose. "Damn you all to Satan's fires!" he muttered. He looked back with longing at the girl. Life was draining from her body. "Sorry, my dear," he murmured as though they had been lovers who were interrupted in their mutual fervor.

Jean took the risk to go to places her Inner Critic thought inappropriate; she released the passion-both hers and her characters' — and her belief in herself, in her creativity, flew free as a bat rising against a full moon!

Emily Hanlon has been a writer all her life and is the author of seven works of fiction and a book on writing and creativity. More

Nothing Kills Creativity Faster than Criticism

Keeping Faith with the Creative Process

Why Outlining Your Story Is Counter Productive!

The Creative Process, How and Why it Works

Writing and the Cosmic Shopping Mall!