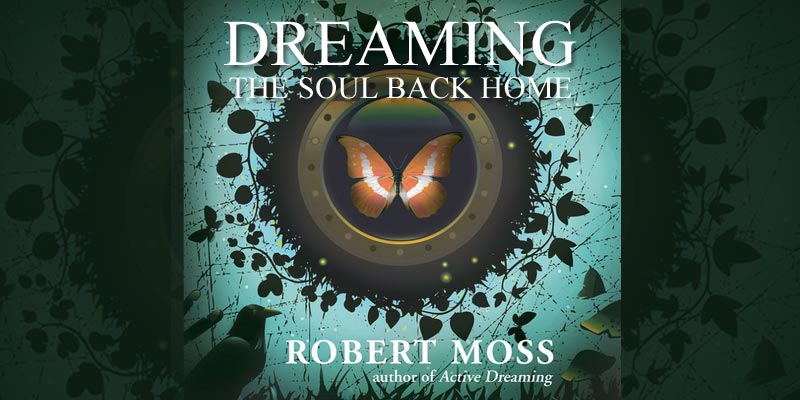 Dreaming the Soul Back Home

Everyone Who Dreams is a Little Bit Shaman

The Essence of a Shaman's Power

Excerpted with permission from Dreaming the Soul Back Home by Robert Moss
Updated September 8, 2018

The essence of the shaman’s power to travel and to heal is the ability to dream strong. In our everyday modern lives, we stand at the edge of such power when we dream and remember to do something with our dreams.

We all dream, and as the Kagwahiv, of Brazil, say: “Everyone who dreams is a little bit shaman.” Our dreams will show us how far we can go and when it is time for us to embark on our deeper journeys. “The work will teach you how to do it,” goes an Estonian proverb. In respect to soul, we can say this: the dream will teach you how to recover and nourish your soul.

If you want to know more about what dreams can be, consider the meanings of the words for “dream” in different languages. You’ll find clues here to what dreaming meant to our ancestors, before we lost respect for dreamers and contact with the Dreaming:

In Old English, a dream was “merriment” and “revelry” of the kind you might encounter from downing too many goblets in a mead hall. But by Chaucer’s time, the same word, but with a different, northern derivation, also implied an encounter with the dead. As in northern Europe (German Traum, Dutch droom, and so on), the word dream we have inherited is linked to the Old Germanic Draugr, which means a visitation from the dead.

As explained by the great Tuscarora ethnographer J.N.B. Hewitt, the old Iroquoian word katera’swas means “I dream” but implies much more than we commonly mean when we say that phrase in English. Katera’swas means dreaming as a habit, as a daily part of one’s way of being in the world. The expression also carries the connotation of luckiness, in a proactive way — as in, I bring myself luck because I am able to manifest good fortune and prosperity through my dream. The related term watera’swo not only means “dream” but can also be translated as: “I bring myself good luck.”2 Early Jesuit missionaries reported that the Iroquois believed that neglecting dreams brings bad luck. Father Jean de Quens noted on a visit to the Onondaga that “people are told they will have bad luck if they disregard their dreams.” So if you want to get lucky, you want to dream a lot.3

Among the Dene, the same linguistic terms are used to designate dreams, visions, and spontaneous apparitions and trance states,4 suggesting that these can all transport the dreamer to the same space, the space where shamans operate. Among the Wind River Shoshone, the word navujieip means both “soul” and “dream”; the navujieip “comes alive when your body rests and comes in any form.”5

In Scots Gaelic there is a rich and specific vocabulary for many forms of dreaming and seership and paranormal phenomena. The best literary source on these things is the work of John Gregorson Campbell, a minister on the Scottish island of Tiree in the late nineteenth century, who gathered the oral traditions of Gaelic speakers and wove them into two books, Superstitions of the Highlands and Islands of Scotland (1900) and Witchcraft and Second Sight in the Highlands and Islands of Scotland (1902).

The term da-shealladh (pronounced “dah-haloo”), often translated as “second sight,” literally means “two sights.” It refers to the ability to see apparitions of both the living and the dead. The taibshear (pronounced “tysher”) is the seer who specializes in observing the energy double (taibhs). A dream or vision is a bruadar (“broo-e-tar”). The bruadaraiche (“broo-e-taracher”) is more than a dreamer in the common sense; he or she is the kind of dreamer who can see into the past or the future. That’s a nugget worth close evaluation. The depth of the practice of dreaming in any culture is reflected in its working terminology for such things. I’m not sure that current English offers a single word as rich as bruadaraiche, but I doubt that we can import the Scots term, since (at least as it comes off my tongue) it sounds like something boiled up in a sheep’s stomach.

The Hawaiian language contains a rich vocabulary for dreaming that makes a delightful study. A general word for dreams in Hawaiian is moe’ukane, generally translated as “soul sleep” but better understood as “night experiences of the soul,” since for traditional Hawaiians, dreaming is very much about traveling. The soul makes excursions during sleep. It slips out of the regular body, often through the tear duct, described as the “soul pit,” and travels in a “body of wind.” During sleep the dreamer also receives visitations from gods (akua) and ancestral guardian spirits (aumakua), who may take the form of a bird or a fish or a plant.

Like all practical dreamers, the Hawaiians recognize that there are big dreams and little dreams. You don’t want to pay too much attention to a “wild goatfish dream” (moe weke pahulu), which is caused by something you ate or the speed at which you ate it. The colorful term is derived from popular belief that eating the heads of goatfish — at other times a delicacy — in the wrong season, when bad winds are blowing, causes sickness and troubling but meaningless dreams. On the other hand, you want to recognize that a dream may contain the memory of a trip into the future that can give you information of the highest practical importance. Especially helpful is the “straight-up” dream (moe pi’i pololei), which is clear and requires no interpretation.

There are “wishing” dreams (moemoea) that show you something you are pining for, which may or may not be attainable in ordinary reality. There are “revelations of the night” (ho’ike na ka po) that carry the power of prophecy. A most interesting category of Hawaiian dreams is composed of those — believed to be gifts of the guardian ancestral spirits — that are given to promote the healing of relations within a family or community. Dreams are also given by the aumakua to promote personal healing.

The ancestral spirits also deliver “night names” (inoa po) for babies that are on the way, and cautionary tales are told of misfortune that comes when the parents ignore a baby name delivered in a dream. The Hawaiians pay special attention to visions that come on the cusp between sleep and waking (hihi’o), believing that these are especially likely to contain clear communication from the spirits and “straight-up” glimpses of things that will unfold.

In our dream travels, we may be united with a “dream husband” (kane o ka po) or a “dream wife” (wahine o ka po). This can be pleasurable and even compelling, but Hawaiian lore teaches caution. Spend too much time outside your regular body in your “body of wind,” and the physical organism may start to weaken and languish. You also want to be alert to deceivers, who may take the form of alluring sexual partners, but who are actually something else, like tricky mo’o, a kind of water imp.

We want to bring energy from our juiciest dreams into embodied life and not leave it out there. A favorite Hawaiian legend tells how a goddess accomplished this. Pele, on her volcanic island, was stirred by rhythmic drumming from far off. She left her body in her lava bed, charging her attendants not to rouse her for three days on any account. She traveled far in her “body of wind” and finally found the source of the magical drumming in a luau being held by a handsome prince. The goddess and the prince fell for each other and spent three days making love, before Pele returned to the body she had left in her lava bed. Being a goddess, she was then able to arrange for her prince to be transported to the Big Island to live with her as her consort. Humans may find this kind of transfer harder to effect, but it’s always worth a try!6

Next: Meeting the Soul of the Soul

Robert Moss is the author of Sidewalk Oracles and numerous other books about dreaming, shamanism, and imagination. ...

A Glimpse into the 12 Rules of Kairomancy