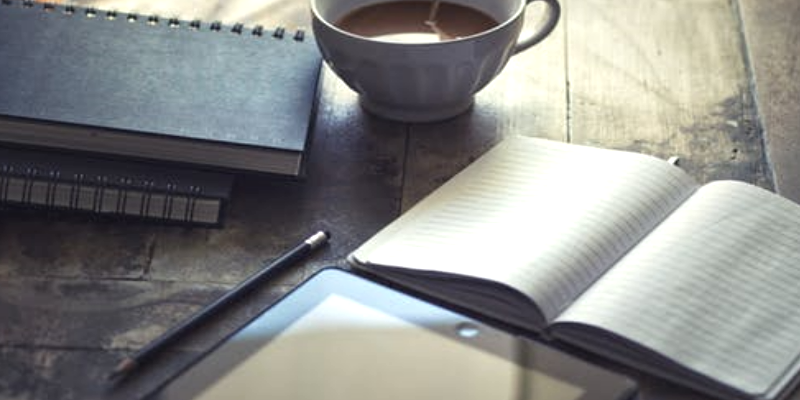 Get Unreal: A Writing Exercise

Legend has it that Picasso once got into a discussion with a neighbor who looked at his paintings and told the artist that while his colors were nice and the picture was very pleasant, he should try making them a bit more realistic. Otherwise, he advised, nobody would know what Picasso's paintings were supposed to be about. The artist, exercising a rare amount of patience, nodded thoughtfully and asked his neighbor if he had an example of what he meant by realistic.

"Ah, yes, I do!" The neighbor quickly reached into his pocket, brought out his wallet, and handed over a photo of his wife for Picasso to see. "Now that's what I call realistic," he proclaimed.

Picasso took the photo in his hand, turned it this way and that, studied it from every angle, then handed it back to its owner. "She's awfully small and flat," he said.

In writing as with painting, there's an ongoing dialogue about what's real. Is the author's description of the house realistic? Is the communication between characters true to life? Is the story credible — could it happen in real life? Is the motivation of a character psychologically plausible? Is this or that action physically possible?

Sooner or later writers come to the full realization that the reality depicted on the page or on the canvas of the painter has its own reality and is not a copy of life. The ultimate question we need to ask ourselves is, Does it work as a story and on its own terms?

Consider Franz Kafka's short story The Metamorphosis, about a man who turns into a bug. It couldn't happen in real life but within the framework of the story it is convincing. Nor does that author try to convince us that it's possible for humans to turn into bugs. However, he creates a reality on the page that causes us to identify with the poor victim, so much so that our skin crawls. We suffer with Kafka's character, with his bewilderment, and then with his abject horror at what's happening to him.

How does Kafka draw us into this reality? As readers we must, of course, be willing to go along with what the author creates. It's that willing suspension of disbelief thing all over again. In this particular story, Kafka accomplishes this with the first sentence: "As Gregor Samsa awoke one morning from uneasy dreams he found himself transformed in his bed into a gigantic insect." The author never attempts to explain how this happened or to justify its feasibility. Instead, he focuses our attention on what Gregor is experiencing. He describes, well, nothing more or less than what any normal person would experience if he woke up one morning to find he had become a giant insect!

At first Gregor's reactions are very human: he notes the size and number of his insect legs, then a framed photo on his wall, then the alarm clock that reminds him, with horror, that he's late for work. Many of his responses are downright mundane, which oddly enough makes us believe the story even more. For example, he looks out the window and sees that the sky is overcast and it "made him quite melancholy." He also struggles to make the horrible reality of his metamorphosis go away, "shutting his eyes to keep from seeing his struggling legs."

As time goes on and Gregor becomes increasingly bug-like, he discovers that his feet have a kind of stickiness that gives him traction with the floor, that his efforts to speak only produce strange, undecipherable sounds, and that his appearance horrifies his parents and his beloved sister. Through trial and error, and her own loving kindness, his sister discovers that in his present manifestation as a bug he likes rotting foods and notes that he seems repelled by fresher foods. In fact, he drags the decomposing food away from the fresh so that he can better savor his consumption of them.

The ludicrousness of this story is made believable through the author's ability to describe the very human reactions of his protagonist. While we might not believe it possible for Homo sapiens to turn into bugs, we can imagine the experience of being rendered helpless, imprisoned by our own bodies, and alienated from our loved ones. In the end, that's the message we go away with, made possible by creating a reality that could exist only in fiction but that is nevertheless meaningful and purposeful, reminding us of the limits of our own mortality.

Using literary devices such as Kafka does in Metamorphosis, write a few paragraphs, or even a short story, about what it might be like to wake up one morning to find that you are living in a world and perhaps a body very different from your own. Create a reality that could exist only on paper, yet that is credible in whatever terms you set up. This could be anything from being an animal in the wild to being an inanimate object. Maybe it's a reality existing on a different planet, or in a parallel universe, or in an imagined world that nobody has ever heard of. The experience of the characters you create could be horrifying or wonderful, pleasing and filled with discovery and insight, or as limiting and dreadful as turning into a bug. But the bottom line is that this is a reality completely of your own making — and certainly not "small and flat" like the photo of Picasso's neighbor.

The creative process requires that you leave the external world and go to your private inner one. And while you dwell in this inner space, you don't want to be distracted by the external world. A telephone ringing, a spouse rushing into the room in search of the car keys or the grocery list, a child shrieking in your ear demanding your attention — all these jerk you out of the private reality that is the writer's life source. These are not just simple interruptions. When you are thoroughly immersed in your creative work they can feel like assaults, breaches of intimate boundaries.

Solitude contains and nurtures your inner world. It is here that we best access our self and the wealth of resources it holds. For most of us it's the only place where we dare be fully ourselves. Flannery O'Connor once said, "I am never more completely myself than when I am writing."

Think of solitude not as just a mood or sentiment but as your entrance to the imaginative theater where you project the illusions of sailing on the open sea, or taking a leisurely walk through a mountain village, or driving along city streets teeming with life, or sitting contentedly at home in your favorite chair. Solitude is where your mind opens to new possibilities and the currents of your creativity flow freely.

Write about ways that solitude works for you. Where do you go to find it? How do you feel when it is interrupted? Familiarize yourself with the ways it works in your life and how it serves your creative life. Examine ways you can protect it and have more of it in your life.

Author and editor Hal Zina Bennett, PhD, has published more than thirty books, including Write from the Heart, Zuni Fetishes, Follow Your Bliss, and Spirit Guides. A workshop leader, writing coach, and book doctor, he has helped over two hundred authors and publishers develop successful books, including several bestsellers. He lives in Northern California and his website is HalZinaBennett.com. 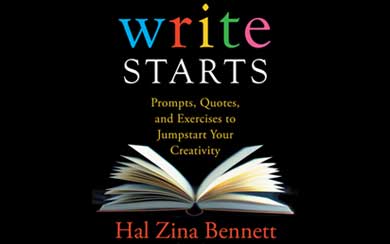 From Write Starts: Prompts, Quotes, and Exercises to Jumpstart Your Creativity ©2010 by Hal Zina Bennett. Reprinted with permission of NewWorldLibrary.com

Get Unreal: A Writing Exercise