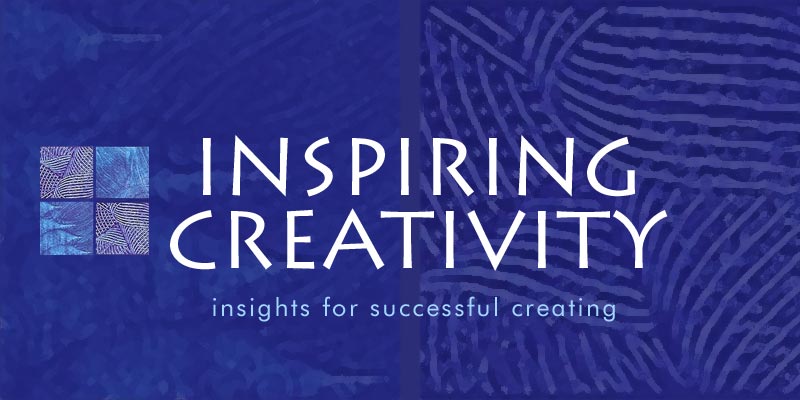 How Society Tells Us Not to Create

Creativity is Your Birthright

What are the societal forces arrayed against creativity? For one, our society is highly competitive — we seem to want to make everything we can into a win/lose proposition. Today's reality television especially takes this to a ridiculous level. The networks give us competitive tourism ("The Amazing Race"), competitive camping ("Survivor"), competitive dating ("The Bachelor" and "The Bachelorette"), and even competitive plastic surgery ("The Swan"). Even the singing competition, "American Idol," while not evil in itself and in some ways almost democratic, nonetheless creates just one winner and hundreds of thousands of losers a year.

What we must remember is that at a very basic level of the human psyche, we are all strongly encouraged by winning versus strongly discouraged by losing. For many, it takes just one loss to stop creativity cold. My own writing career is a case in point. Just out of college, I wrote one short story, sent it to one magazine, got one rejection note and didn't write seriously again for years. Many writers I've met tell a very similar story.

Some might counter this by saying competition makes us stronger. This is true to some extent, but in the end, competition does more harm than good. Hyper-competitiveness most often creates a small handful of lucky people with extremely fragile, over-blown reputations, behind which stand legions of dispirited "losers."

You might say that everyone is free to create in the so-called privacy of their own home, because clearly everyone who wants to be published in the New Yorker or exhibited in the Louvre hasn't the right to be. Yes, but the question isn't whether everyone who wants it should have the right to succeed commercially with their creative efforts, but rather whether everyone should feel they have the right to embark on a creative enterprise regardless of their perceived talent or commercial potential. To that, the answer is a resounding YES.

We can easily see the effect of competitiveness on creativity in the schools. In the public school art classes of my youth ('60s and early '70s), the teachers often seemed to be looking for the one or two kids in the whole school whom they thought were really talented, the ones they could encourage just as one of their own early teachers had clearly encouraged them. The rest of us, who didn't take immediately to drawing or painting or sculpture, were essentially ignored. We weren't encouraged, or given the chance to start by making a real mess, or to fail and yet not give up if that's what we really wanted.

I was never actively insulted by my art teachers, but neither was I truly encouraged. For example, in junior high school, I made a polar bear (and the seal he'd just caught!) out of clay. It wasn't brilliant — but I loved it. The success I felt I'd had with it thrilled me. (Okay, it was a little over-the-top adolescent male; the bear's eyes didn't really need to be blood red.) But the point is, my art excited me and I wanted to do more. The teacher didn't seem to notice though, saying nothing positive or negative, and thus a great interest in working with clay died. I suppose if my interest had been greater, or if I'd had more inherent confidence, I would have tried harder to do more of it. But the point is, teachers, parents, and everyone else who fail to engage kids deeply enough to see, feel, and nurture their creative needs engender negative effects on kids' creative lives.

I believe many art teachers are afraid to encourage any but the most wildly promising young artist because of what they see as the risks involved. If I were teaching art, I wouldn't want to give any of my students false hopes either — such as telling them they should not bother getting a "real" job because they are wildly talented and are destined to become a great genius if they simply dedicate themselves completely to their bottle cap art. After all, let's be honest, many young people are only too eager to latch onto any praise and use it as the basis for some pretty wild dreams.

But this leads me to announce one of the bedrock truths of creativity coaching: People are always to be encouraged and supported in their wildest creative dreams, yet grounded in reality. It's desirable and possible to say to a budding artist, "It's clear that your bottle cap art is deeply important to you, and I think you should dive as deeply into it as you feel you must, and here are some ideas that might help you do that, but it might not be a good idea to quit your job just yet. What do you think?" In other words, all children (and adults!) can be encouraged to create without making them dangerously impractical, or giving them a greatly exaggerated sense of their own chances of commercial success.

Our society emphasizes competition between creatives in the marketplace as well. Critics love to tell us how very few of the books, paintings, movies, and CDs are "worth" the price. There is a valuable service in this — after all, who wants to spend money on a bad movie or book, etc. — but again this type of competition creates artificial winners and losers. The five to ten movies that receive major Oscar nominations a year get a bonanza of free publicity that convinces millions more people to pay to see them, but what happens to all the other movies? Only five movies a year can be nominated for "Best Picture," but does that mean that only five movies a year are truly worthy? Again, the outcome seems to be that by raising up the few, you suppress the many.

Consider also that keeping a tight lid on the number of individual artists who are generally thought to be "worth the price" keeps the price for those chosen few unnaturally high. The more a gallery owner is able to convince the art-buying public that their artist is a "genius" far above anyone else, the more money they'll be able to get for their art.

Next: How Friends and Family Convince Us Not to Create

This collection of insights for successful creating is based on Inspiring Creativity: Powerful Insights and Practical Ideas to Guide You to Successful Creating and published with permission. 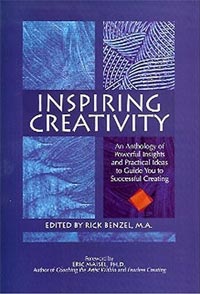