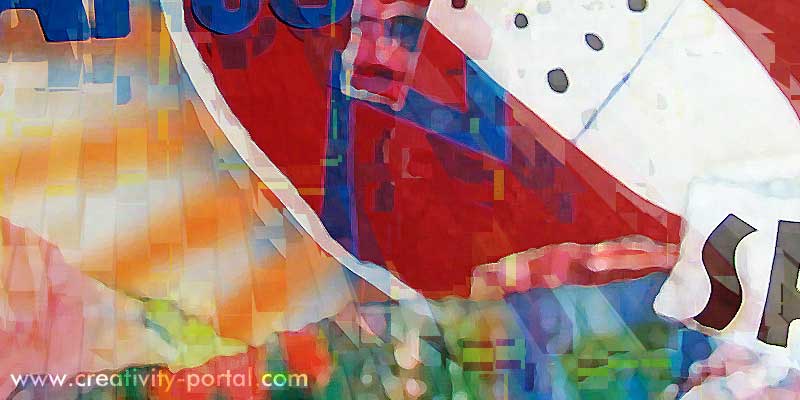 The 7 Stages, Life and Psychological States of the Creative Process

A Journey from Intention to Completion

As a novelist and poet who also coaches creative intelligence, I see many people and organisations whose big dreams are not coming true — usually because of procrastination, confusion, overwhelm or self-sabotage.

Jenna came for coaching to help her get a novel written.

Me: "So how many chapters have you got so far?"

Me: "Just say. Wherever you are is where we begin."

Jenna: "None. Nothing. Nada. I've nothing I'd be prepared to show you."

For two years this respected journalist, who met demanding deadlines almost daily, had been failing herself. She had a story she wanted to tell, she had proven ability, and she wanted to write this novel more than anything. So why was her dream forever turning to dust?

Jenna is not alone. According to market researchers Opinion Research Corp., 92% of us are carrying around aspirations that we've failed to fulfill, most often related to money (34%) body and health (38%); relationships (31%) and the highest category, self-improvement (47%).

The most common cause of this deluge of broken dreams, disillusionment and despair, I believe, is also one of the most overlooked — we are not taught how to create.

On the contrary, schools and society have, for various reasons, suppressed our creative intelligence in favour of more practical, analytical skills. Understanding how the creative process works is the first step to freeing us from the block and resistance brought about by this suppression.

And one of the first things we need to know about the creative process is that it has seven stages, each of which require different behaviours and actions, if we are to enjoy them and do them well.

These seven stages are: intention, incubation, investigation, composition, clarification, correction, completion. They do not operate in a linear way, independent of each other as laying them out in a row like this seems to imply. Rather, this gives us a way to catch hold of a process that is, by definition, spontaneous and free-flowing (and can sometimes feel chaotic, even overwhelming).

If what we're making comes easy to us — family dinner, painting a room, or in Jenna's case, writing an article — we zip through those stages with ease, without even noticing. If what we're making is more of a stretch — conference catering for 300, making a million, writing a novel — understanding the differing behaviours and requirements of each stage becomes essential.

The 7 Stages of the Creative Process Defined

This is not a simplistic model imposed on human behaviour but a primal, unfolding process that happens over and over again, in humans and in nature. We can see this creative unfolding reflected in the seven stages of life, and also in the seven psychological states, as follows:

A common reason why people fail to accomplish their heart's desire is because they are indulging thoughts and behaviours that are inappropriate to the stage they are in. Like Jenna who, we soon discovered, had a tendency to edit (stage 6) her ideas and insights before she had allowed them full formation (stage 2). She was stopping herself in her tracks.

She left that first day with daily doodling, mulling, mindmapping and freewriting exercises to do and a moratorium against writing one word of her book, except for handwritten notes in a lovely notebook. By the end of the week, she was itching to get to the computer, with notes about her outline and lots of paragraphs already written.

Next: 8 Habits of The Creatively Intelligent

Orna Ross is an Irish novelist and creative nonfiction writer. She has taught creative principles, writing and freewriting to many disparate groups — from addicts in recovery to MA students and has facilitated creative and publishing success for many writing students. ...

The 7 Stages of The Creative Process

8 Habits of The Creatively Intelligent

Are You Highly Creative?