Why Do People Respond So Enthusiastically to Graphic Images?

One theory: Early humans drew pictures on the walls of caves.

Show a photograph to a child, and the youngster will point to it, trace its image, and respond with a variety of emotions. Show another to an adult, and you get a frown, a smile, or a gesture — rarely will you draw a blank. Then show a photo, or a series of photos, to people at any level, and you'll have more responses than you can handle.

Why do people respond so enthusiastically to graphic images? Here's one theory. Early humans drew pictures on the walls of caves. That's visual orientation, the kind of communication that doesn't depend on the written word. Then along came paper and ink, and along with them, word orientation. Meticulously copying texts, monks labored for centuries with this kind of mindset. True, they also embellished these works with colorful designs and images, but the text prevailed and the visual orientation of the cave was slowly being edged out by attention to the written word.

Then came the printing press, followed by machines that could set type and reproduce images that would have astounded the medieval monks who labored in their cells. Later, during the 19th Century, innovators discovered how to capture images on film, and still photographs and motion pictures were born. During the 20th Century, images transmitted by television captivated viewers of all ages worldwide. Finally, the digital revolution created a tsunami of images that floods the senses and is virtually impossible to ignore.

Often maligned but never out of sight, these visual images captivate us. For those who recognize the potential photographs have for inspiring writing, the rewards are great. Show a group of people a simple photograph of waves beating against the shore and you'll be amazed by their responses. Some will recall memories of seaside childhoods; others will visualize sea stories, shipwrecks, mysteries of the deep, and more. Still others will venture into the abstract — the world of simile, metaphor, and personification — perhaps transcribing a bit of themselves.

And how would some observers react to a simple photograph of fish? Here's how Laura Pastuszek responded to the photograph she took when she taught English in South Korea during the summer of 2008. An adjunct professor at Towson University, Pastuszek currently teaches a course titled "Writing and Communications for Teachers." 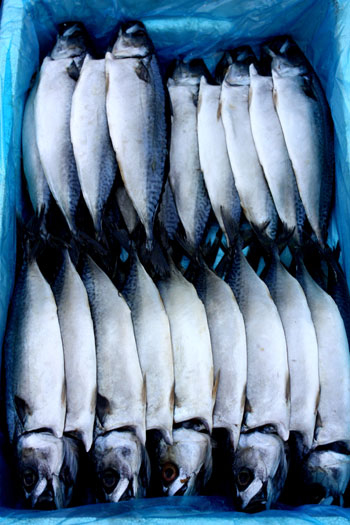 Viewed in isolation, Pastuszek's photograph of fish provides ample inspiration for writing. What's more, when you pair the photo with the poem, you create additional possibilities for writing. But that's not all. If you add a relevant quotation, you'll have generated a combination that's hard to beat. Here's an example. "Three quarters of the miseries and misunderstandings in the world would finish if people were to put on the shoes of their adversaries and understand their points of view." — Mahatma Ghandi

Inspiration from the Masters

Of course, images other than photographs can offer many possibilities for stimulating creativity and inspiring writing. A teacher of English, drama, and creative writing at Lake Forest High School in the suburbs of Chicago, Karen Topham has been indulging in her passions for writing and the arts for thirty years. Here's how she responded to Edvard Munch's 1893 painting, The Scream. 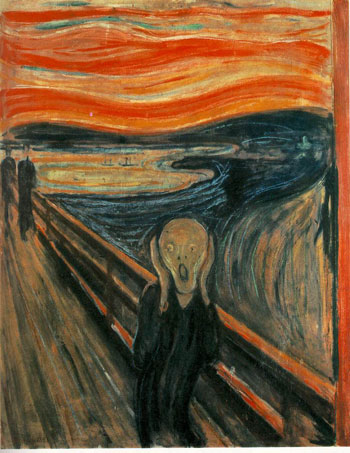 Munch's painting and Topham's poem provide another example of the power of images to trigger creative responses. As always, if you add a relevant quotation, you'll create even more possibilities. In this example, you could cite these lines by Jean-Paul Sartre. "Anything, anything would be better than this agony of mind, this creeping pain that gnaws and fumbles and caresses one and never hurts quite enough."

Whether you're seeking inspiration for your own writing, teaching students at any level, or conducting workshops or seminars for others, you'll find that photographs and other images are powerful aids to eliciting creative responses and inspiring writing. And when you add relevant quotations, you'll be delighted by the results.

Next: Graphic Images Surround Us