an excerpt from
No Ordinary Time

Creativity and the New Cosmology

We're like caterpillars getting close to the Great Transformation. 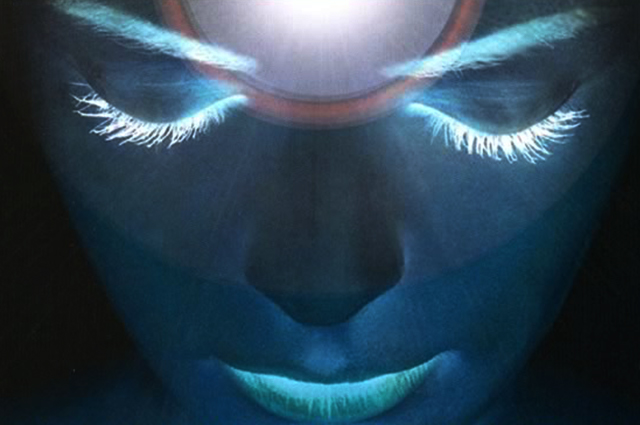 No Ordinary Time: The Rise of Spiritual Intelligence and Evolutionary Creativity

Whatever you do will be insignificant, but it is very important that you do it. — Mahatma Gandhi

We, as humans, are going through a similar process. We're in a massive consumption phase now, and many of us are asleep, napping in the chrysalis. Since we're all at different stages, some of us are feeling the invasion of "the new" and are resisting it with all our might. We don't want to give up what we know and have. Even though we're participating in a civilization that keeps millions of people starving while a small percentage own most of the wealth, we don't want the upset that fixing that might cost us. Even though most of our institutions are failing us, we don't have enough moral outrage to fuel a change in course. We've stuffed ourselves — those of us who can — and we're sleeping now. It's just too bad about the others.

In order to sustain this thinking, we have to tune out our emotions, because if we let ourselves feel our oneness with those people who have nothing because of this imbalance, then we'd have to do something. We'd have to bear the weight of our complicity. We'd have to feel the sorrow, and the hunger, and the angst, and the terror of the ones left behind. We'd have to cry, we'd have to forgive ourselves, and we'd have to act in different ways.

So instead we come up with all the rationalizations for not letting in the emotions. We live half-lives, buying more and more to make ourselves feel better, as if joy were something that comes from outside instead of bubbling up from within as a reward for being true. No, if we are to find real meaning, feel real joy, it will come on the wings of a fully engaged life, a life in the service of more than our self. It will come when we remember that giving is receiving, and the more we share ourselves, the more meaning and joy will come our way. Our spiritual traditions have tried to encourage this — "what you do for the least of these, you do unto me" — but we have failed to connect with the potency of the message.

We were born into the myth of one God in the heavens who created the universe in six days, rested on the seventh, and now spends all his time granting or turning down our prayers. We've seen the image of God and Adam on the Sistine Chapel ceiling and the masterpiece is branded onto our imagination. The images on which we feed govern our lives, according to mythopoetic author and Jungian analyst Marion Woodman, and the myth behind this image lies behind our worldview.

But this mythology no longer serves us and is giving way to a new revelation, a new cosmology that is relevant to these times and our evolved consciousness. It worked fine at the time Isaiah was a prophet, 700 years before the Common Era, when word had it God was punishing Israel for the nation's unfaithfulness. It worked as well for a medieval world that believed it would take 8000 years at 40 miles per day by mule to reach the sphere of the stars. It even held up in the 17th century when Bishop James Ussher, based on calculations from Genesis, announced that the creation of heaven and earth occurred on October 23, 4004 BCE.

But at a time when we can trace the lineage of the cosmos back 14 billion years, when we have sculptures from the period 200,000-500,000 BCE (the Berekhat Ram and the Venus of Tan Tan), when science informs us that 10% of our body weight consists of elementary hydrogen nuclei that came out of the Big Bang, and when more people are acquiring the ability to destroy the planet with nuclear weapons, we are seeing our relationship to the cosmos through a brand news lens. Now that humans have created the means to destroy the world, it is unconscionable to collude in a story that sees God as the creator of circumstances and humans as the victims, God as Geppetto and people as Pinnocchio.

The Sistine Chapel of the future might be a mirror, reflecting the part we each play in ongoing creation. Human beings, through the powers of our creative imaginations and unified consciousness, are re-pairing the opposites, transcending the dualities that have kept us separate from nature, from the Divine, and from each other. What is spiritual is the relationship between our cosmos and our mind.

We are coming to understand ourselves as expressions of the universe, activities of the cosmos. We are the universe reflecting back on itself, evolution pondering its next moves. We are the first ones — homo sapiens — to recognize the future is largely in our hands. It is happening through us, not to us.

We are collaborating in the ever expanding cosmos by expressing creatively the ineffable mystery that surrounds us, sustains us, enlightens and sanctifies us. In the Huichol myth, Grandfather is Fire and Grandmother is Growth — an image quite different from the ones we've inherited.

It is blasphemous for any of us to say "I am not creative." All we do is create. We have desires and we create experiences from our desires. We have experiences and we create stories about those experiences. We hear the stories of others, and we are moved to tell our own, turn them into songs or poems or YouTube movies. We wake up every day to an empty canvas of twenty-four hours and every night we go to bed having created our masterpiece for the day. We can do this consciously or unconsciously, but we all do it nevertheless. And the ones who are conscious of it are the ones most actively engaged in the work of evolution, of unification, of ongoing cosmic revelation.

Our culture is in deep trouble and everybody knows it. Every institution is in its death throes. Half the world's scientists are engaged in war research. Religions insist on separating humans from God and humans from their earthiness. Capitalism has begotten a greed that is growing like a malignant tumor as we globalize our pathologies. People are returning to fundamental beliefs so they won't have to sort through the complexities of social matters and form their own opinions. Churches are silencing the prophets and absolving the perpetrators of crimes against children.

A culture can't lift itself out of dark and destructive mindset, but creative acts and ideas from a few can ignite the moral imagination of the many.

Our imaginations are the most potent engines of change in the universe. They are the satellite dish for Supreme Intelligence, incubators for evolutionary creativity. It is through the imagination that our thoughts become our lives, our lives become our stories, and our stories become bridges to higher consciousness and ultimate union. The Bible's prophets were not theologians, they were imaginative storytellers. They painted pictures for people. Wove exotic tales for people. Created metaphors that were consistent with the cosmology of the 3rd millennium before the Christian Era.

They did a great job for their era, and now it's time for us to do our part in creating a spirituality that works with the 21st century cosmology. It's time to call God home, reconnect ourselves to the natural world, and proclaim the good news that as people on earth we share a single origin, a single community and a single destiny. The Creative Force is communicating its design to all people simultaneously, just as our DNA is communicating its genetic information to all our cells at every moment.

As photosynthesis came forth to enable the planet to evolve biologically, so too are we experiencing the emergence of a new phenomenon that is enabling the planet to evolve consciously. We ourselves are agents of a new transformation, engaged in a process of "infosynthesis" whereby we convert intelligence into inspiration through the creative power of our imagination. Through our spiritual practice (interior) and creative expression (exterior) we unite the opposites of spirit and matter which results in a combustion of original thinking and inspired action.

Every mystic and prophet alive today understands that their interests are not separate from anyone else's. Healing the wounds of the world is an act of self-interest. As the thinking cells of the planet, we are Mother Earth healing herself. Every activity we engage in is both an activity of the universe and a human activity. The catastrophes of the times — the collapse of the economy, the failures of our institutions, the ineptness of war as a solution to any problem — all signs of a planetary mid-course correction. The earth as an organism will evolve, with or without us.

The universe itself is the primary revelation of the Divine and it is continuing through our thoughts, words, lives and creations. Our conversations are not about the Divine — our conversations are the Divine. We are awash in the Mystery, saturated in sacredness. This is the awareness that will drop us to our knees, stop us in our self-indulgent tracks and bring us back to our senses. This is the kind of spirituality that can mean something, lead to something that is poignant, personal, passionate. This is our chance to BE the ones we've been waiting for — to be prophetic, poetic mythmakers conspiring in the evolution of a conscious culture, a compassionate culture. As my mystic friend David says, "WE is just an acronym for Who Else?"

Creativity and the New Cosmology