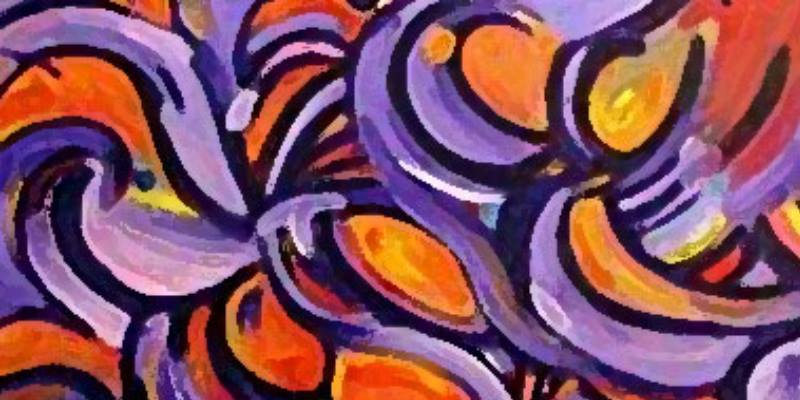 What is Art? Traditional vs Abstract

Art can spawn new ways of thinking and move and inspire us.

In a world torn by political, ethnic and religious conflict, only art has the power to unify, inspire, elevate, and heal. Our institutions make claims on our attitudes and loyalty; it is intrinsic in their nature to direct our energies towards fulfilling their collective goals. They are self-perpetuating. By limiting our perspective, they often divide us from each other. At the extreme, they may even split us from our deepest and most authentic selves. Though serving in many cases, a positive purpose, institutions are agenda-driven. Thus they may steer us away from self-knowledge and personal responsibility when emphasis on image, hierarchy, dogma or power, overrides more constructive human concerns.

Art, on the other hand, both the making and the viewing of it, encourages us to view the world in new ways, as well as to look into ourselves. A world without art would be intellectually and spiritually barren. Imagination makes all things possible, and art is the most profound outgrowth of the human imagination that is not subservient to external purposes (though of course, there are exceptions). Therefore, even in its all its confusing flux and diversity, art is perhaps the "purest" phenomenon among human endeavors.

On a personal level, the richness and mystery of life have intrigued me since I was a child living in rural Pennsylvania. I reveled in the sensuous beauty of forests and rolling hills. My childlike kinesthetic joy eventually developed into an appreciation of form. Playing in the shadows under the sweet fronds of a cornfield, climbing trees as imposing as cathedrals, and wading through shimmering streams — all evoked the same pleasure as exploring a favorite playground. Through these early encounters with nature, I learned to love FORM for the pure joy of it!

Then I learned that the omnipresent and serendipitous beauty of the world was expressed in great works of art. From Beethoven symphonies to the paintings of Kandinsky and Klee, exuberance was the payoff, simply for the act of looking (or listening)!

For me, the activity of creating art is an affirmation of life, a consciously nurtured jubilation in the miracle of form at all levels of the universe. The interrelationship among forms and organisms reveals itself at every level of nature. Each level of organization, from the atomic to the cellular level, through tissues and organs, and up through the level of organisms and species, is at once a microcosm and a macrocosm to the levels above and below it. I think it is this profound organization and similarity in form and function at every level of nature, this brilliantly-orchestrated unity-in-diversity, that makes natural objects like flowers, seashells and fractals appealing to so many people. It's not strictly the beauty expressed by the object, but also the relationship of its form to the greater “FORM” in nature, to the cosmic “WHOLE,” that implies something much more profound and far-reaching than a single moment of beauty. When something refers to eternity, evokes the infinite, we feel inspired, whether or not we tie those feelings to any specific view of God.

Something transcendent happens, in my opinion, when the image of an object, pattern, or scene refers to another form or aspect of nature. A quality of ambiguity or mystery calls up a crossover between forms at different levels of reality. (An example would be a leaf, for instance, rendered in such a way that it resembles tongues of flame as much as a leaf.) It also blurs the line we draw between “organic” and “inorganic,” as well as other intellectual distinctions and dichotomies that we use to define (and fragment) our perception of the world. For me, the experience of mystery confers a feeling of elation based on the complex web of interrelationship on this planet and in the universe. Pure joy.

One of my favorite books is The Lives of a Cell: Notes of a Biology Watcher, by Lewis Thomas, M.D. In this 1978 bestseller, Dr. Thomas outlines similarities in structure and function at ascending levels of organization, from the cellular level to the level of species, and beyond. To me, these intersections of form and function bring up a paradigm of interrelatedness, the All-is-One feeling of Zen. Or Freud's “oceanic” feeling, if you will. Why do certain principles govern the cosmos in a way that is expressible by both mathematical formulae, the rules of physics, while being yet perceivable in some intuitive way, to the human eye?

The quality we call “beauty” is inherent in every inch of the visible universe, as well as at levels too small or large to be apparent to the naked eye (i.e. both the microscopic and telescopic levels). So why would I necessarily paint a “picture,” a scene with the recognizable and familiar spatial and thematic elements of our everyday world, when I can just as readily, and perhaps with more purity of concentration and perception, find magic in a shred of tree bark or the contour of an ocean wave? The act of painting a recognizable scene is just as limiting to me as it may be exciting to someone else. And the camera, of course, can do the job of realistic portrayal much better than I.

Robert Henri said, “The object of painting a picture is not to make a picture — however unreasonable this may sound. The picture, if a picture results, is a by-product and may be useful, valuable, interesting as a sign of what has passed. The object which is back of every true work of art, is the attainment of a state of being, a state of high functioning, a more than ordinary moment of existence.”

A traditional “picture” is content-reliant, representing a single viewpoint at a particular moment in time. In its beauty or mystery it may imply or evoke universal mysteries, the way Mona Lisa's smile is at once provocative and timeless. But for me, art that confronts the unknown, looks at the non-visible, or explores visual and existential relationships just for the experience of it, is more vital. For example, an autumn show of four women at the Nassau County Art Museum featured Louise Nevelson, Mary Cassatt, Georgia O'Keefe, and Helen Frankenthaler. An overarching truth for me was that although Mary Cassatt's drawings and paintings of women and children were beautifully done, they were just “renderings” when compared with the effusive and exuberant non-objective works of Helen Frankenthaler. One sort of art is a rendering, the other a creation.

This is the kind of art I prefer. Representation is best achieved by the camera. For academic purposes, a study may be enlightening. But for me, the term “creation” reaches deeper into the artist's psyche, and deeper into the viewer's psyche to elicit her reaction. Non-representational art allows the artist to break new ground in exploring his/her psyche vis-à-vis the truths of the human experience. The “rendering,” on the one hand, is merely pleasing, offering both the artist and the viewer a level of psychic satisfaction. But a “creation” requires the courage to see the subject in a visually exciting and intellectually challenging new way.

To those who say that an artist's disobedience to the strict, academic “reality” of a scene or object is a perverse tendency indicative of a lack of skill that he or she is compensating for by imprecision or distortion, I say: You're missing the point! God gave each human being imagination, subjectivity, and a different perceptual scheme because he wanted to create a world of free will, a world with infinite potentials, where all possibilities can unfold. Art can have spark, spawn new ways of thinking, move and inspire us, whether it is representational or non-objective.

Next: What Good Art Does to Us

Lynda Lehmann is an abstract expressionist painter and digital photographer who has shown her art in numerous juried and solo shows in the New York area. She also is a writer with some interesting insights into the creative process. ...

Lynda Lehmann Interview
Being an artist, creative process, and advice to new artists.

Art and Beauty
Creating art is an affirmation of life.

What is Art?
Traditional vs abstract art.

What Good Art Does to Us
Evoking a visceral reaction.

In Praise of Creative Process
Being fully immersed in the experience of creating.

Think Small (No, I'm not Joking...)
The magic in minutiae.

The Artist: 'Tortured Soul' or Joyous Participant?
The limitations in accepting labels and stereotypes.