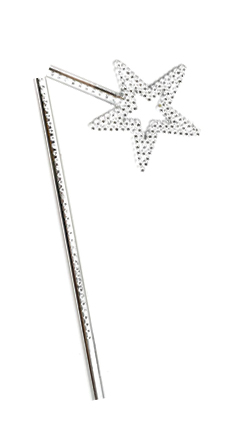 The Sugar Plum Fairy, first popularized in The Nutcracker, is an interesting figure.

Granted the power to make wishes come true, and charged with creating visions of sugar-plums to dance in the heads of sweetly sleeping children, it might seem at a first glance that her life is carefree and happy, a simple existence in an enchanted land.

But further research into this evocative creature's more recent adventures reveals that life in a magical kingdom isn't all it's cracked up to be.

According to certain sources, she left the land of Sugar Plum Fairies behind to strike out on her own a few years ago, and never looked back. What happened? Why did she leave the Land of Sweets behind in favor of the human world, seeking real life and love on the streets of LA and New York?

It certainly paints a different picture than I had first imagined: a joyful, sweet fairy, granting wishes in a land of candy-canes and gingerbread. After years of dancing in puffy costumes and dancing with handsome princes, Sugar Plum Fairy rebelled against her lot in life, and decided to make her own wishes come true, for a change. She was sick of mistletoe and eggnog and nutcrackers, and tired of living "The Perfect Christmas Fantasy" all year-round.

When I finally tracked down the Sugar Plum Fairy, she was living in a basement apartment on New York's Lower East Side. We met at a tiny soul food restaurant near her place, where, she told me, "They make the best chicken fried steak in the world!"

We settled in at a rickety corner table, and I began the interview by asking her the question that mystified me most. When asked why she abandoned the Land of Sweets for this place, which is anything but, she explained that she wanted to experience "the grit and grime of real life, not candy-cane forests and gingerbread houses."

"I wanted to see subways, parking lots, taxicabs, graffiti scrawled on brick walls, and bag ladies talking to themselves on street corners. When you're raised as a Sugar Plum Fairy, you're only allowed to see the silver lining, not the cloud. It's not all sweet dreams and dancing with handsome princes, you know. There's a real focus on perfection, on keeping a smile on your face no matter what."

"Imagine always being 'on', constantly watched and judged by the other fairies. Who has the brightest wings, or the pointiest ears, or the smallest feet. It's sickening. This type of competition gave me some serious body-image issues, and I ended up in therapy. I had a hard time making friends — the other fairies were jealous because I got to dance with the handsome prince." She sighed.

We both laughed at this, and she flagged down the waiter to order more coffee. She drank it black — no cream or sugar — which was also a surprise.

"I'm so sick of figgy pudding and eggnog and candy canes and sweet things I could puke," she said cheerfully, announcing that she never ever wanted to eat anything sweet again, having been raised on candy and Christmas cookies.

"That's why I like this place. You can get grits, red-eye gravy, cornbread, collard greens, hot biscuits with real butter…in the Land of Sweets, there is no decent soul food. In fact, there's no soul food at all. Cotton candy, yes. Barbecued ribs, no."

We laughed together, and then she said: "Besides, it's a beautiful concept, isn't it? Food for the soul."

"I heard you were in L.A. for awhile, before New York. What did you think of Los Angeles?" I asked.

"I tried it for a couple months, but I was miserable there," Sugar Plum Fairy admitted. "It was pretty, but completely fake — like a beautiful wax apple with a worm inside. I had to find something real, you know?" She leaned forward, eyes burning, intense.

"Yes. I do," I said simply, then asked, "Why did you leave the Land of Sweets? And why did you finally choose New York as your new home?"

"I left because I felt like I was going insane. Do you know what it's like to have to smile all day, every day? It's bad enough granting wishes, that's a real pain, but the constant smiling is enough to drive anyone nuts. In New York, you don't have to smile unless you feel like it. I had to wear a mask all the time, a happy-face mask, to cover up my true feelings. You know what people expect from Sugar Plum Fairies: always cheerful and kind, always generous and good, completely selfless — it's exhausting.

"L.A. didn't work for me at all. I felt I was required to wear a different sort of mask entirely, but it was a mask all the same. The 'Blonde Bimbo' mask, I'll call it, for lack of a better term. I felt suffocated, depressed, claustrophobic. There's so much emphasis on surfaces, being pretty-on-the-outside."

"In the Land of Sweets, something that separated me from the other Sugar Plum Fairies was my ability to see beauty in the ugly, real, dark and grim parts of life, as well as in the more 'traditionally beautiful' things they valued, like puffy dresses and Christmas trees. This made it impossible for me to fit in back at home, not to mention in L.A., the Kingdom of Cosmetic Surgery."

The Sugar Plum Fairy's Gift of Beauty in Imperfection 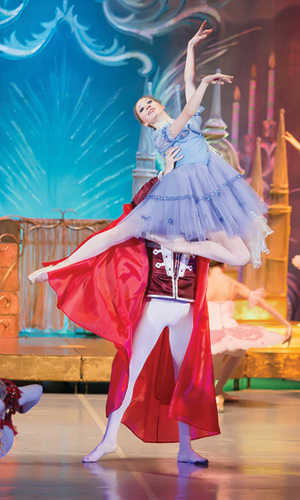 "I originally decided to come to New York after hearing that it was a Mecca for dancers. What I didn't know before I came to this city is that it is the perfect place to find beauty in the ordinary, everyday parts of life that most people never even notice. Pigeons and park-benches; gargoyles perched on an old brownstone; a homeless woman with beautiful brown eyes. Things like that."

She seemed a little embarrassed; hoping I would understand. And somehow, I did.

"At first, I tried sketching the things I saw, but I didn't have the knack for it. Spending so many years in the land of Sweets affected my ability to draw from real life without trying to dress them up. I couldn't draw anything as it truly was; only a saccharine, gussied-up version of reality. That's when I turned to photography as my new medium of choice. Now, when I see something so ugly it is beautiful, something I can't forget, something that breaks my heart, I take a picture."

"I'm the same. Old shoes in the rain, strung up on a power line and walking in the air…weird neon signs on old churches…junked out cars in a field of sunflowers and sage…abandoned, rusty railroad cars…"

She nodded, smiling. I got it, all right. "In Japan, they have a word for it. Wasabi? Cabo Wabo? Something like that."

"Wabi-sabi, I think you mean," she said kindly. "Beauty in imperfection. I read about this concept, and embraced it. At home, though, everything has to be perfect — especially this time of the year. The holidays put an insane amount of pressure on Sugar Plum Fairies. Creating those visions of sugar plums dancing in the heads of little sleeping children isn't as easy as it sounds — it's almost impossible to get the fruit right at first, it takes a lot of practice. Sometimes I still end up with dancing artichokes or bananas instead of sugar plums."

She sighs, shakes her head. "The holidays are almost as hard for humans. Even in their quest for perfection, they know that nothing that is perfect will ever be allowed to last in an imperfect world. Even as they seek the most beautiful, wonderful Christmas tree or just the right gift, they know they are doomed to be disappointed."

"How's your first Christmas in New York?" I asked sympathetically. I know the city can be a cruel place.

"I thought it would be different than spending Christmas at home, but it's really the same. Everyone hurrying around, stressed out, trying to make things just right. I'm depressed, if you want the truth. I'm spending Christmas with my cat and a bottle of vodka, I can't find a decent job, and I haven't had a date in months."

Then I asked her the key question: "Are you considering going back home?"

"Absolutely not!" She looked offended at the very idea. "At least, here, it's okay to be depressed about the holidays. Back in the Land of Sweets, they expect you to keep a lid on it. Half of the fairies I know are on some mood-elevating medication or anti-depressant, because they are simply not allowed to feel or display their real emotions. Here in New York, everything is allowed. No one looks twice at you — you're just background noise. You could have a nervous breakdown in the middle of Central Park, and no one would think anything of it. I'm staying. I'll get through this, and when it's all over, I'll still be right here."

Encouraged by her show of strength and resolve, I asked, "I know you've granted Christmas wishes for countless people over the years. How are you making your own wishes come true?"

"I'm following my heart — imperfect and sad as it is sometimes, it still knows the way to happiness and beauty. I always thought I was meant to be a dancer. No one had any other expectation for me as a little fairy, and I grew up with someone else's dreams in my back pocket. Now, I see myself more clearly than ever — even if I have to look through the lens of a camera to do it. My art — the things I see, the images I want to share with the world — gives me strength during this dark time. I know that even if things are difficult right now, there is beauty and joy somewhere in all this ugliness, if only I can find it. The important thing is to never stop looking for those joyous, hopeful little lights in the dark."

As she finished, our waiter approached with huge steaming plates of chicken fried steak, mashed potatoes, grits, gray and cornbread. This signaled the end of our interview; food such as this demands serious attention and concentration.

Looking back later on the meal we shared, I realized I'd learned something important over a plate of soul food. The Land of Sweets can be a beautiful place, but too many perfect, pretty things leave you feeling hollow and hungry inside. If you were raised on cotton candy and marshmallow fluff, you can eat all the sweet things you want and never really feel satisfied or nourished, deep down. You'll always long for something real, something that will stick to your ribs; something you can sink your teeth into.

My advice? Find something that feeds your soul, then pour red-eye gravy on it and chow down.