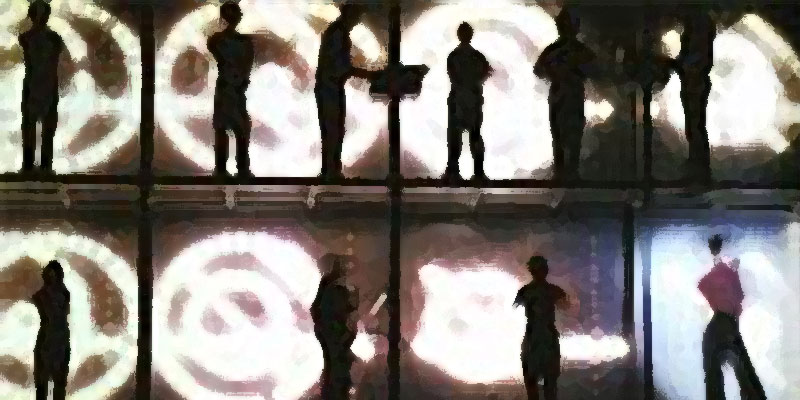 Albert Einstein, Robert Wilson and Phillip Glass on the Beach

Einstein interviewed poets to learn about intuition and imagination.

Did you know that Einstein interviewed poets to learn about the nature of intuition and imagination? It was a form of collaboration between artist and scientist (Einstein was in fact a versed violinist who would, in a moment of scientist block, play his violin to help him find an answer to his theories), and is beautifully divergent from a stagnant perception that scientists are not artists, and have no interest in the arts. It's almost symphonic to imagine the words shared between them. Fast-forward years later to a buzzing conversation between the accomplished Theatre Director, Robert Wilson, and Composer, Phillip Glass, regarding the basis of a collaboration on a 4-5 hour long opera.

Conversations like these are as vast and symbolic as the beach. The ebb and flow of the ocean summons in the tidal wave of an idea; the sky comfortably and sometimes turbulently crowns the idea by demanding more of your attention just to see if you can think in the grand sense of the stars and planets. In both cases, such conversations led Einstein (whether with a poet or a violin) to create his posthumous findings, along with Wilson and Glass to invent for the four walls of a black box theatre, a galaxy of an idea called "Einstein on the Beach."

Wilson and Glass will tell you: they were broke before they even began the project in the 1970's in NYC. Broke but larger than life with a creative notion to collaborate on a popular work of theatre fusing an anti-linear narrative with movement and opera.

Wilson would tell you himself that the opera community was at first unsure of this kind of work. It should be in some artist loft space, not at the MET. With Einstein symbolically at the helm, Wilson and Glass were the poets of this creative equation who knew they were on to something and so it was worth the momentary hardship to produce "Einstein at the Beach."

So, where does this information lead us in our thoughts as a creative community? Whether it's Einstein, Wilson and Glass at the beach, how can we think and believe as large as the sky and create a project as massive as a galaxy? To this result, collaboration is the primary route and it must be done by like-minded and not so like-minded folk. As individual creators, a synergistic conversation between thinkers of different domains (poetry and science or music and dance) can provide a 'galactic' quality that advances information and/or the finding of a scientific theory or the basis of a show.

Whatever the outcome might be, the value is higher when having orbited through the fine art and science reopened internationally.

If you are in the incubation process of an idea, invite a colleague to the beach of your thought process. This colleague could be of the same domain and a different one (again, this means someone of a different field). What is the nature or theme of the conversation you are looking to address? How can you let go of your theories, expand your notions and think 'galactic.'

Next: Elizabeth Gilbert and the Creative Ignition