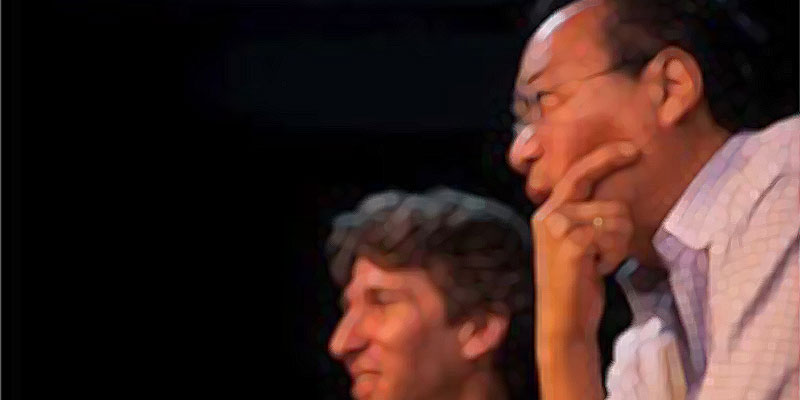 Yo-Yo Ma and the Silk Road's Message About Creativity

Where does empathy exist for you?

I am a ponderer. I'll write something and I am mulling over things for weeks later. I discussed this in one of my last blogs, and consequently ranted for days later, about the nature of having a message in one's art work. Does it give more sound to the painted colors on canvas? Does it give more texture to the music of your orchestration? For me, it's a rhetorical question about the relationship between a creator, their work and an audience that led to some spicy commentary.

In one case, I spoke to TV/Film Composer Roger Neill and his partner about art — be it works in the visual and performing arts —- having a message. Roger explained to me that he disagreed and thought it was too didactic. In fact, I agreed with his disagreement: art should allow people to experience 'universalities' or 'truths' (lower case 't' on that one), allowing the audience full reign to create the bridges of comprehension. Whether it be take-away messages, morals or themes, art should raise the bar of its audience allowing them to be thinkers and multi-sentient comprehenders in the process.

Fair enough. That's how I like to experience art like a grown-up woman: one who can think on her own and create her own meaning with sand, water and a shovel.

Then the day I met Yo-Yo Ma and the Silk Road Ensemble, I got to thinking again. At a recent stop in L.A., Yo-Yo made sure to roll into Inner City Arts Organization before his performance that week at the Disney Hall. Yo-Yo played and showed the power of music with the help of dancer Lil' Buck. He called it a "creativity strike."

Yo-Yo later explained to journalists at KPCC that our creativity crisis in the U.S. can be best challenged through creative practice. As Yo-Yo explains, "The best way to get to innovation and creative imagination and the most efficient way is through movement, visualizing, sound and writing." He went on to say that we can build community through imagination and empathy. Empathy shows that we care.

Is this about message? Maybe. For me, it's all about the depth of this artist. Yo-Yo Ma doesn't just roll into LA, play and hit the road. What makes him a talented and multi-layered cellist is his empathy. He cares about others. He sees the power of his work and his colleagues as a basis for humanizing and fomenting community.

If that were a message and if messages were important, this would be a powerful one. Show that you care. Show that your work matters. Show that your art has meaning to others. If not, that empathic could be a descriptor defining a world-renowned artist puts my thoughts to rest.

Where does empathy exist for you?