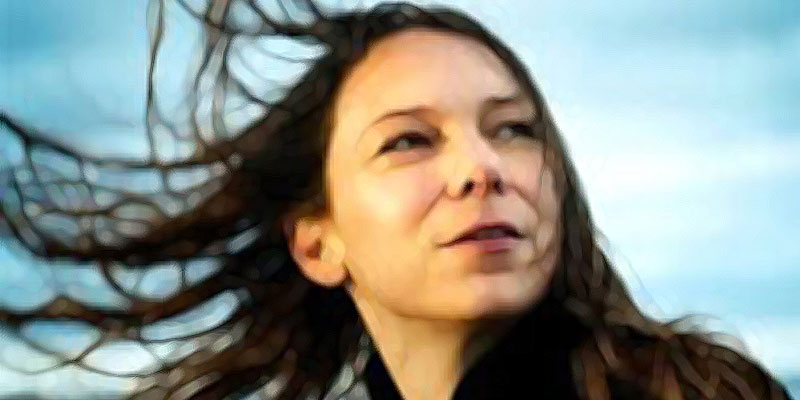 The power of imagination and the shared universal heart.

“Then I'll die three times and be born again in a little box with a golden key and a flying fish will set me free.” — Lhasa de Sela

I think it was a professor of mine that once said that performing artists are like athletes of the heart. In their ability to relinquish their ego and become a trained vessel for creativity, they go so deep within their human form that they traverse to the formless. The power of their imagination alone crosses the light bridge from their heart to their audiences within milliseconds.

When I first heard the voice of Lhasa de Sela, I felt we shared a common universal heart. For those who do not know her, take this opportunity to learn briefly of what she meant to me and a rainbow of fans world-wide now and before her passing January 1st 2010 to breast cancer. She was 37 years old.

Lhasa de Sela, the American born singer grew up in the US and Mexico and her colorful life appeared to be a gypsy like caravan of experiences, which led her to live in France and Montreal. She seemed to have been adopted by any culture she landed her wings. She sung in English, Spanish and French.

The resonance of her voice, her emotional depth exposed, her intricate lyrics — all of it took me in as if I was a traveler who, after a long journey, had been invited into the home of the most unique artist who would then become a life-long muse.

Her albums serenaded many travel passages, as I was piecing together my existence and harnessing life purpose. Since she was so willing to go to the deepest emotional crevices musically, she almost supplemented my desire to do it. I think she did something similar to a lot of people and so much more. I never knew her in form but I knew her, formless.

As that long-lost friend that took me in on my travels, I have been reflecting over her life for the past month or so, and ended up falling back in love with her song "Soon This Space Will Be Too Small" on the Living Road album.

Here is a glimpse of her lyrics:

Soon This Space Will Be Too Small

Contemplating on her life and these lyrics, I wonder about the emotional cloak of human expression. How was it for her to wear it? Was she able to take it off? What were those 3 words that would save us all?

From my understanding, Lhasa withstood an amazing battle against breast cancer. January 1st her adoring audience bid her farewell so that she, as her song foreshadowed, can be "born again in a little box with a golden key and a flying fish" that has set her free.

The creative individual — and I mean anyone that utilizes creative fervor combined with a commitment to service in others as Lhasa did — contains a rare ability to embody and utilize the human condition. When this individual takes on the 'weight' of the world, it can create a vulnerability in one's body, mind and spirit that must be addressed and swiftly.

How have you been addressing the emotional intensity of work in your body? How balanced have you been? If imbalance exists, what might be something you can do to fortify the very ground your creativity lies on?

Next: Creative Miami: Nina Surel's Studio, a Touch of the Feminine