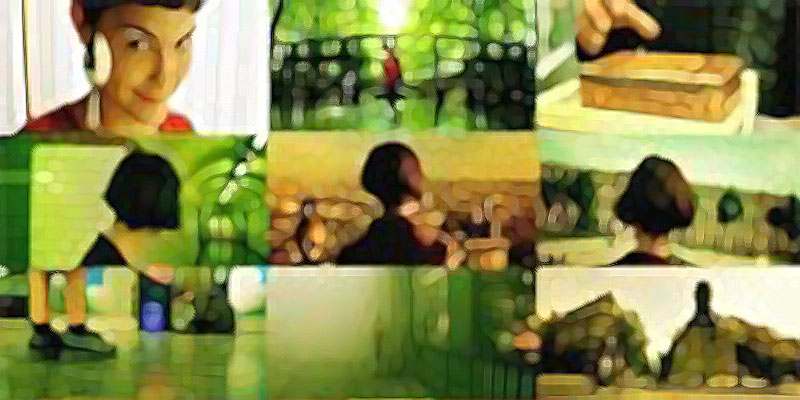 Parisian Back Streets to the Imagination and Yann Tiersen

Powerful routes into the cognitive road maps of the imagination.

I have never met anyone with a developed sensitivity for films that abhorred the film Amelie. Sure there are people with gripes, but down right hate. No way. You'd have to be somehow cold-blooded, or at least luke warm, to not appreciate the capricious main character played by Audrey Tautou, the luminous Parisian cafes, and the mystical synchronicities in which I long 2012 to be etched. The realist may challenge idealism, stripping the essence out of belief as it slowly slips out of one's powerful grip.

The Parisian streets of Amelie's creative world are powerful routes into the cognitive road maps of the imagination. If they were, they would be composed by Yann Tiersen, the music composer to Amelie. I have personally fallen in and out of love, composed artistic and academic projects, serenaded by this soundtrack. I don't think I stand alone in my interest — it's a spectacular album.

Lately, I have been driving on a Yann Tiersen loop station to no clear end in sight. His other album, Dust Lane, has taken me momentarily out of Amelie's Paris into other back lanes of the imagination: the desolate desert roads to let go to what you cling, and bizarre bridge crossings where longing and the ferocity of the future crash into subtle waves in the river. He makes it okay to ask: "what the hell am I doing with my life?"

I finally parked in a sonic dome with Yann Tiersen's album, L'Absente. The album catapults the romance of courage back into the driver's seat of the heart. For me, the song "Les Jour Tristes" is an ode to the creative artist who longs for the synchronicities and mysteries of life and art, yet balances the practicalities of the every day like bringing home the bacon, being courageous in the face of other people's expectations or judgments, etc.

Here are some lyrics to the song:

It's hard, hard not to sit on your hands
And bury your head in the sand
Hard not to make other plans
And claim that you've done all you can, all along
And life must go on
It's hard, hard to stand up for what's right
And bring home the bacon each night
Hard not to break down and cry
When every idea that you've tried has been wrong
But you must carry on

It's hard but you know it's worth the fight
'Cause you know you've got the truth on your side
When the accusations fly, hold tight
Don't be afraid of what they'll say
Who cares what cowards think, anyway
They will understand one day, one day

Yann Tiersen has led me through an emotional journey through music this season, and has taught me something fundamental to my resolution behind the new year. It is hard to believe in your artistry when there are accusations that hold you back. But, don't be afraid of carrying on. Your art builds the streets, alleys, roads, bridges and freeways that drive others to feel, think and be. It is worth the battle, and there will be a major pay-off: sharing. Contributing. Offering your greatest passion to a world that could be otherwise stripped of beauty or meaning without you. It won't be in the fantastical ways of Amelie. It will be in your signature form, led by the pulse of the Parisian streets, the dust lanes of resolution, the fortifying gates of courage.