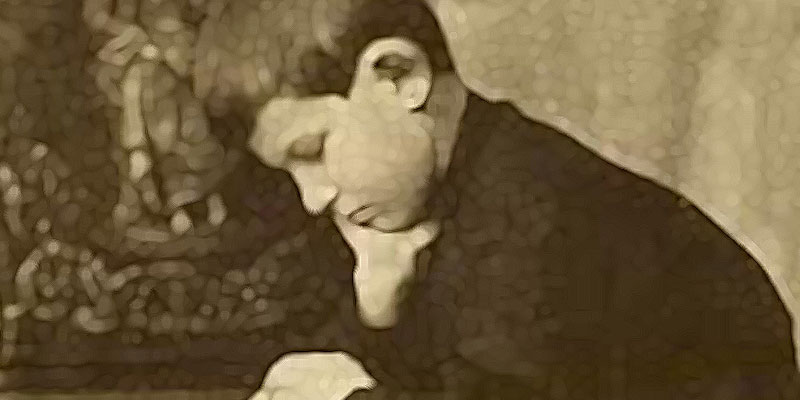 The shadow side to fostering a genius.

Have you heard of William Sidis? If you did, you would know that he was the youngest student to graduate from Harvard University. He was admitted at 11 and by the end of the year, lectured to colleagues in his math club on the 4th dimension. Just based on his situation, you'd think he was eminent for having succeeded at such an early age. You may also wonder, like me, if someone can be born that way or do they become it.

I am boggled by this concept in my creativity research and observation: can we learn to be creative or is it something within our DNA? The case of Sidis is tragic enough to also think: is tragedy nurtured or is it born into?

Sidis came from an immigrant Russian family with a father who was convinced by his own theory that he could make his son a genius. Through structured homeschooling, mounting curriculum above his grade level, and enforced rigor and discipline in a variety of subject areas, William epitomized early age genius. He entered into high school at 8, and understood advanced mathematical concepts like integral calculus at 10 and this was before he was admitted to Harvard at 11.

There is an important rule to all this. If you want a genius child, you can't allow them to function through play or socialization like other children do. You keep them isolated from the world, removing rubbish distractions like friends. Sound enticing?

There is a shadow side to fostering a genius. Sidis became a bitter and disillusioned man who couldn't complete graduate school, failed at a teaching position at Rice University and ultimately passed away destitute and unemployed. Now, he could have held the keys to ongoing mysteries in the sciences and humanities, if his creative thought process was not so tightly monitored by a parental control unit named dad.

Based on category of information, William's upbringing was tragic and harsh to the social needs of a child and should be considered in light of his father's psychology, the environment of the place and time in history. How does William Sidis relate to you though?

It's ultimately a question of upbringing and how your creativity was fostered and/or squelched. Everyone has a story and for those most successful in their creative industry, the story of your past will work in your favor. For those experiencing defeat, the story will appear darker than a rain cloud, and will work against you. Do you have control over the story? Yes, you do.

There are realities to everyone's reality with experiences as harsh as nails on a chalkboard. At a certain time, it is up to your own consciousness to recognize how the story has lined up, played out and either allowed you to fall victim, become your worst arch-nemesis or redeem your inner superhero.

What was your upbringing in creativity? What worked for you? What could have been different? What can you do to change the story of your past to work in favor of your artistry?

Next: Yo-Yo Ma and the Silk Road's Message about Creativity and Children