He wrote over 25 books and numerous articles applying the teachings of Eastern and Western religion and philosophy to our lives.

The New York Times has called Watts, "the foremost Western interpreter of Eastern thought for the modern world." Timeless wisdom carries forth from generation to generation through thinking minds and expressive hands.

This mini-series is based on Watts' 1948 classic book Zen, and captures the essence of Zen Buddhism as a religion and a way of life, including the influence of Zen in the arts.

Zen captures the essence of Zen Buddhism by embodying the aesthetic of Zen itself. Like a brushstroke in a Japanese ink painting, each word has been sparingly and precisely arranged, with no unnecessary embellishments.

How does Zen relate to creativity? The journey is yours to discover.

Selections include: The Momentous Harmony, The Cultural Effects of Zen, and Direct Pointing. 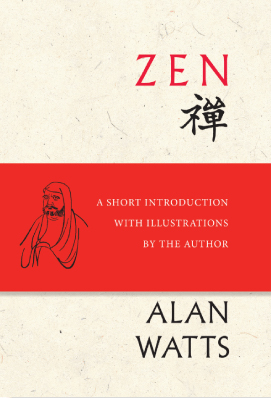 Zen is more than a synthesis of these various trends in Indian and Chinese religion. The unique contribution of Zen to higher religion is its method of presenting the truth, a method involving "No dependence on words and letters, and direct pointing to the soul of man."

The Cultural Effects of Zen

Zen has entered into many aspects of the life of the Far East — painting, architecture, gardening, chivalry, tea ceremony, etiquette, poetry, and ethics. Zen affects every sphere of daily life from the statecraft of the ruler to the menial work of the laborer.

The Zen way of teaching is to demonstrate Reality rather than to talk about it, or, if words are used at all, to avoid formally religious terminology and conceptual statements.