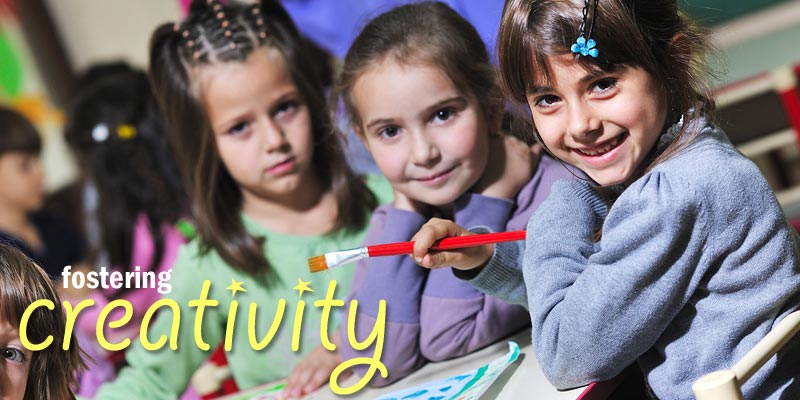 Why we need to take the art spirit seriously and nourish it with our caring encouragement.

One of my favorite books is called The Art Spirit. It was written by the early twentieth-century American artist Robert Henri in 1923. “The Art Spirit” is a collection of Henri’s lectures and portions of his correspondence with his students, and it contains insightful, beautiful, and inspiring ideas about not only painting, but the arts in general.

Henri lived at a time when art was firmly in the hands of art schools and academies which used very conservative and conventional approaches to artistic technique. In contrast, Henri believed in art as an expression of love for life. His book is aptly titled “The Art Spirit,” since to Henri art was more than a way to apply paint to a canvas. It was each individual’s representation of their experience of living.

“The Art Spirit” has influenced me in many ways, but especially in my approach to teaching. Here are some ideas that Henri wrote about.

“Genius is not a possession of the limited few, but exists in some degree in everyone. Where there is natural growth, a full and free play of faculties, genius will manifest itself.” —Robert Henri

When we think of geniuses, we think of famous, extraordinarily talented people. Yet the qualities of genius — originality, insight, beauty, creativity, inspiration — do indeed “exist in some degree in everyone,” even young children. I’m tempted to say particularly in young children, since they have an unselfconsciousness, a fearlessness, a freedom to create that many adults have forgotten. But we need to allow children their “natural growth, a full and free play of faculties.” Instead, too many young children spend much of their time in school memorizing facts and completing worksheets. Activities like these take away their confidence in their own ability to discover and create.

I could have told Marco there was no such song as the orange song. But Marco would have missed a chance to think creatively, and we all would have missed a fun and happy moment. We need to provide many opportunities for children to improvise in a playful, relaxed setting.

“All real works of art look as though they were done in joy.” —Robert Henri

Joy is a key ingredient of the “art spirit,” but sometimes we forget to make joy a priority in our classrooms. It may sound silly, to make joy a priority, but the simple joys of playing with friends, of having conversations, of experiencing the natural world — and of creative self-expression — are essential for healthy, growing young minds.

A few weeks ago we were playing a singing game in which children took turns hiding under a small blanket. When it was Luisa’s turn, instead of sitting and hiding quietly, she danced under the blanket while we sang, bouncing around and poking her fingers out, pointing them up in Hokey-Pokey style. It was hilarious and all the children laughed uproariously.

Now, dancing was not part of the “rules” of the game. One of the classroom teachers said, “Luisa. sit still and play the game nicely.” This teacher missed the opportunity to share in the joy of creativity.

I’m not criticizing this teacher. Children do need to learn to listen and follow directions. But this was a joyful improvisation that caused no disruption. In fact, it helped the children bond together in a fun experience. To put “following the rules” ahead of harmless, creative self-expression can squash a child’s confidence and short-circuit her natural creativity.

"Every artist dips his brush in his own soul, and paints his own nature into his pictures." —Robert Henri

One of the most important ways we can nurture creative thinking is to respect each child’s individuality. But when young children seem to be running around in a million different directions, all we want to do is to have them settle down, listen, and keep their hands to themselves. Honoring each one’s individuality is not in the forefront of our minds most of the time. It’s essential, however, because children need to feel respected as individuals to become their most creative selves.

I taught a five-year-old named Jasmine who asked to sing a song for us at the end of each class. Sometimes it was a pop song, sometimes a Jasmine original, but it always kept the class spellbound — because even at five, she had a beautiful voice and style. A four-year-old named Ted wanted me to include eagles in every song and game, whether it was about farm animals, the jungle, or going on a picnic. Three-year-old Shreya was more rowdy and boisterous than any boy, and she’d go wild when she got hold of a drum or cymbals — she really wanted to be heard!

Our usual responses as teachers would be discourage Jasmine from “showing off,” remind Ted that eagles weren’t the only animals in the world, and tell Shreya to quiet down. But why? These children weren’t bothering anyone — they were simply being themselves.

I begin every music class with a “hello song,” which we sing together while clapping our hands. Inevitably, some children will clap very fast, or loudly, or in a “silly way.” And almost every time, they’re “corrected” by a classroom teacher.

Well, there’s no “right way” to clap your hands. In fact, arts activities should be a break from learning numbers and letters and filling out worksheets. The arts should be a place where children can relax and be themselves.

The desire to express ourselves creatively is instinctive, yet it’s also fragile and easily extinguished by neglect, indifference, and criticism. That’s why we need to take the “art spirit” seriously and nourish it with our caring encouragement.