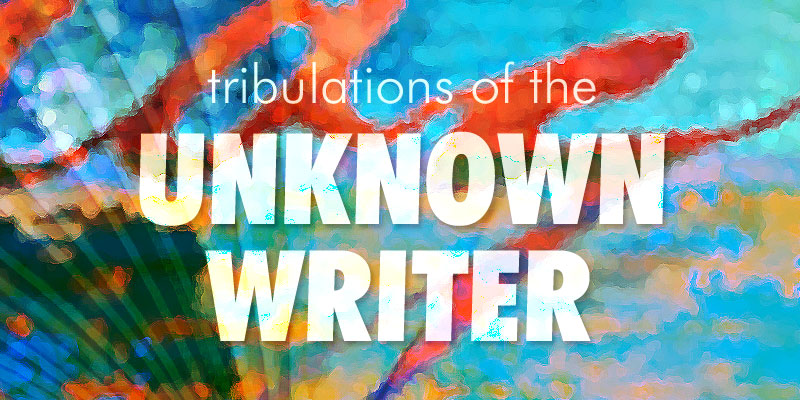 Tribulations of the Unknown Writer (and Possible Remedies)

Many nations have memorials that pay homage to the remains of their soldiers who died in battle and cannot be identified. In a way, it seems that the legions of unpublished writers are the Unknown Writers. As has been expressed elsewhere in this book, it cannot be assumed that the works of the unknown writer are of any lesser quality than those works that achieve public exposure and consumption, any more than those soldiers who died were less adept than those who got to go home. To the contrary, perhaps they were more adept, or at least more daring, and therefore paid the ultimate price.

No warrior aspires to become an unknown soldier, let alone a dead soldier. Every soldier prefers to believe that her remains will be known, that they will perhaps even explain what happened toward the end and will be presented to her loved ones for final and proper farewells. It is much the same for the writer. No writer worth her ink wants to believe that her legacy of expression will be forever unknown. Even if her other accomplishments in life are magnificent, it is still those words on the pages that she wants revealed, preferably while she's still around to experience and enjoy it.

Obviously, in life and beyond, there are many unknown writers. That's just the way it is.

It may just be that the fear of living and dying as an unknown writer is the extra push you need to bring your work to the first step on the road to publication — getting your work noticed by a publishing professional, be it agent or editor. If you are still reading this essay, then it is absolutely true that you are willing to try harder to reach that goal. In recognition and respect for your aspirations and determination, I will provide additional insights and strategies to help you help yourself avoid the fate of the unknown writer.

But let's make sure that your goals, at least in the early stages of your publishing life, are reasonably measured. It is suitable to imagine yourself one day at the top of the publishing food chain. Why not? Genuine humans have to be there at any given moment, so why not you? However, it is improbable that you will arrive there in one step. Your odds will be enhanced through your dedication to learning, calculating, and paying the necessary dues. For the purposes of the lesson at hand, I will encourage you to focus on the more humble goal of simply transitioning to the realm of being a published writer. For sure, there is more to do after that, but we will leave those lessons for other places in this book, and for other books.

7 Ways to Be Seen in a Crowd

Established literary agencies, including yours truly's, are inundated with unsolicited query letters (both hardcopy and digital), proposals, pieces of manuscripts, and entire manuscripts. This stream of relentless intake easily runs from 50 to 150 uninvited submissions per week, depending on how visible the agency in question is to the world of writers at large. These numbers do not account for the many works that the agency has requested or was expecting from existing clients. Frankly, many successful agents are simply not hungry for more than what they already have and make efforts to be as invisible and unavailable as possible.

The above scenario only tells of the agencies. It's likely that the publishers, both big and small, are receiving the same in even greater volumes, which is of dubious value since many publishers prefer not to consider anything that is unsolicited or unrepresented, period.

How can your work go from being an unseen face in the crowd to a jack-in-the-box whose presence cannot be denied? Here are some suggested steps.

1. Don't merely do what everyone else is already doing.

That doesn't mean that you should entirely refrain from doing what's conventional or recommended. After all, the beaten track is beaten for a reason: it has worked before and it will work again. But be open to the possibility of pursuing specific detours along the way. Look upon these excursions as a form of calculated wildcatting. If nothing happens, or if you end up puncturing the equivalent of someone's septic tank, then just take it as a lesson learned.

2. Make yourself be seen.

A pile of no. 10 envelopes is simply that, and none of the component envelopes that form the pile are seen. Someone once sent me a letter shaped like a circle. It could not be grouped with that day's quota of query letters; it demanded to be seen and touched and dealt with, immediately. Another time I received a box designed as a treasure chest, which contained an unsolicited proposal. I did not appreciate receiving a bag of white powder with a certain proposal. The powder was flushed down the toilet and the manuscript returned without being read. Digital queries are even more prone to disappear into a sea of sameness. But maybe that's why the email gods created the subject line: so that you can say something that can't be ignored.

Most submissions are actually a demand for time, attention, and energy. During a long day in the middle of a stressful week in the throes of a month in hell, an agent will see none of those submissions as good-faith opportunities from honorable people. To the contrary, they will feel like innumerable nuisances springing forth from the armpits of manic brain-eating zombies, with drool and odor. I can recall opening a package to find a handwritten card from a stranger telling me how much he appreciated my contributions to the business and how much I have helped him and others, etc., etc. I always remember those kinds of things; wouldn't you?

Everyone likes gifts, and nobody likes nags. So why do so many aspiring writers (and others) act like nags? It's counterintuitive. Of course, nature teaches us from the moment we are born that the noisy baby gets the tit. Passivity invites neglect. Noise attracts attention. What an interesting conundrum. Nagging is bad. Passivity leads to death. Noise can't be ignored. Well, all of that is equally valid, and none of it disqualifies the original point that you are a gift, so act like one.

5. Keep knocking, even after the door is opened.

That does not make sense, and it might not be appreciated. But if someone were to keep knocking on my door even after I opened it, I would simply have to ask that person why he or she is doing that, and therein is the beginning of a conversation. Of course, it may all go downhill from there, but then it may not. What happens next depends on the nature of the conversation that has just been launched, regardless of its weird genesis.

6. Don't ask for anything, but offer whatever you can.

If that is the energy projected throughout your communications, you will attract due wealth. However, the word due is rather crucial in this context. A well-intentioned worm may end up on the end of a fishhook, and a nasty frog may be well fed all summer. Too often people stop at just being nice, and then they become prey. Is it fair that they are eaten for doing nothing at all? Actually, that's exactly what they asked for, to end up nourishing the needs of others.

We must all serve a purpose, and we must all consume to survive. If you don't wish to be consumed, then don't present yourself for that. The universe is a layered place of lessons and challenges, and being a writer is just one of many ways to play the game. Don't just give yourself away, any more than you would throw yourself away. If you value the gems you wish to share, you will discern to whom to grant them, and simply refuse to participate with others.

7. Know your gifts and appreciate them.

I can tell right away when I am reading a query letter from a writer who believes in herself and the quality of her product, and I can see those who are not so sure that they should even be trying. Sometimes the writer is apologetic, or even goes as far as asking me if he should be trying. Ironically, the writer's quality as a writer cannot be predicted by his native sense of self-worth. In fact, great literature has emerged from the hearts of those who are seemingly committed to a life of losing. But there is a logical explanation for that: To each writer is assigned a muse. Some writers may hate themselves while loving their muse, and it shows.

Next: The Writer's Journey: The Path of the Spiritual Messenger

Jeff Herman's Guide to Book Publishers, Editors & Literary Agents is a highly respected resource that has been used by publishing insiders everywhere for over 20 years, and has been read by millions all over the world. 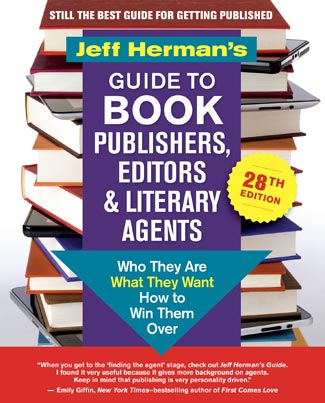 How to write a sucessful nonfiction book proposal to win over book publishers.

Tribulations of the Unknown Writer

How can your work go from being an unseen face in the crowd to a presence that cannot be denied? 7 Ways to be seen in a crowd.

The Writer's Journey: The Path of the Spiritual Messenger

Spiritual writers write because something inside them is begging to be let out.