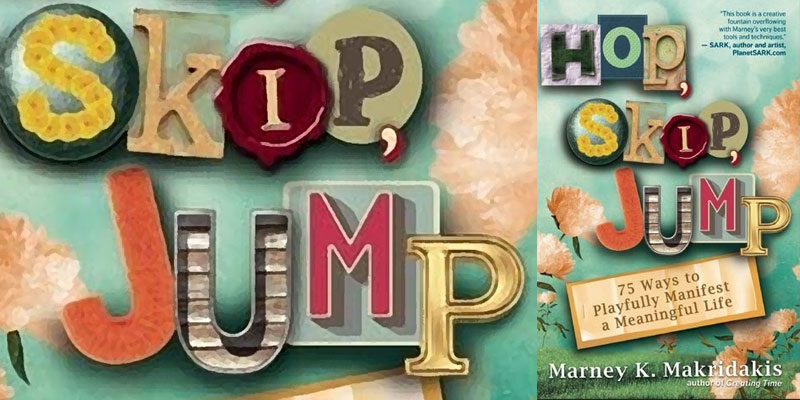 Sacred Play: You Are An Actor On a Cosmic Stage

What role will you play?

The Unemployed Philosophers Guild (philosophersguild.com) sells novelty gifts and toys depicting cultural giants in a humorous and often irreverent light. Products include Freudian Slippers, finger puppets of philosophers, and a paper-doll set called Einstein's Ensembles. Imagine there was a paper doll of yourself that came with five different outfits, including accessories, to represent the five most important roles you've played in your life. What would be included?

As you're happily Skipping along, you will surely encounter challenges: both everyday frustrations and challenges that shake you to your very core. These challenges threaten to stop you mid-Skip and bring your momentum to a halt. Think how often you have heard someone — perhaps even yourself — say, "Everything was going great until xyz happened, and then nothing else happened for years." Now, I know that xyz must feel downright apocalyptic — why else would it be at the end of the alphabet? But you can use play, even in the midst of alphabetic tragedy.

Fourteenth-century Christian mystic Henry Suso is thought to be the first to use the term ludus amoris, which is Latin for “game of love” — a term that describes divine play and that has continued to be used in mystical traditions. A tradition I find particularly playful — and extremely helpful during challenging times — is the Hindu interpretation of sacred play.

The Sanskrit word lila, like many Sanskrit words, cannot be literally translated to English but can be loosely translated as “play.” It refers to the Hindu tradition wherein all reality is seen as play and our lives are thought to be the outcome of creative play by the Divine.

It is this concept that inspires one of the most playful ways to get through a challenging time: imagine that you are an actor on a cosmic stage, given a role to perform.

Picture yourself as a bundle of cosmic energy, happily relaxing in a cozy coffeehouse in deep space, sipping your beverage, looking down at what is happening on earth below. You then see that there is an opening for star actors (that’s you!) to fill the role of a particular person: to be that person, with many difficult circumstances, and see what you can make out of them. You rise from your chair, enter the role without the emotional drains that so often accompany personal drama: no guilt, shame, pressure, or expectation. You simply put on your costume and enter stage right.

It is said that when we make plans, God laughs. When you embrace sacred play, you get to laugh, too. During one of the most difficult challenges of my life, this playful method saved me and provided the perspective I needed to rise each day and decide to take on the role of playing me, intrinsically connected to the much bigger cosmic café of life.

Try This: Casting Yourself

Write an audition notice for the role of your life in this sacred play. You can use the following as prompts:

Next: Kronos and Kairos Time

Marney K. Makridakis is the author of Creating Time and Hop, Skip, Jump and founder of the online community Artella Land. ...

Experiencing timelessness when we feel most at home with ourselves.

Filling your time with the things that matter most to you.

Awakening and expanding curiosity and understanding.

A foundational philosophy of play.

What if a mission statement could be playful?

You are an actor on a cosmic stage.