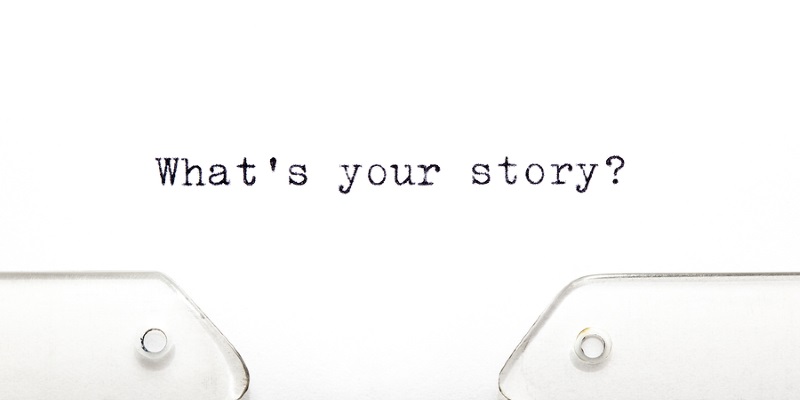 Sit Down and Write

I get a lot of e-mails from people asking how to write (a book). So I thought outlining my thoughts on the topic might be helpful — to me, in order to clarify the thoughts I have about writing — and, perhaps, to others. (You don't write? Substitute paint, embroider, sing, knit, parent . . . for the word write.)

Form is not content. Let's say that again: FORM IS NOT CONTENT. A book is nothing more than a commodification of ideas. Start with the ideas, the emotions, the thing you most long to say. If you don't know, the writing itself will help surface what it is you want to say, but sitting still and waiting for a book to spring fully formed from your forehead will never happen. Will. Never. Happen. Listening to what other people have to say also won't help. Good God, no wonder we all have writer's block. We're not even writing. Plumbers don't have plumber's block, do they? No, they get on the floor and clear out the Windex and evidence of mouse poop under the sink and get to plumbing; which leads me to point number 2.

Writer Ron Carlson has written so eloquently about this in his book Ron Carlson Writes a Story. He reminds us to sit back down and stay in the room. When everything else in the world seems more attractive than actually sitting down and putting pen to paper (how sweetly archaic I am, thinking anyone actually writes on a college-ruled legal pad with a fountain pen anymore besides me), sit back down and stay in the room. Sure, I know the laundry just got fascinating, but sit the hell down and write.

Don't say you're a writer if you're not writing. You're not a writer, and who cares anyway, if you're not writing. Even if you're writing, don't call yourself a writer. Say, instead, "I write." It's the verb that's important, not the noun. "I haven't been able to write," people say to me all the time. "No, actually," I respond, "you have been able to write, but you have chosen not to." They usually walk away unhappy. We are always — always — in choice. If you have a napkin and a pencil nub or a piece of dirt on a stick, you can write. Don't let the "writer" take precedence over the "writing." Let go of outcome. Forget blog statistics and the endless "freebies" that have sprouted online. Why does your blog need to lead anywhere? What's all this striving about? Don't search endlessly for a book deal before you've even written anything. Go back to number 2: Sit the hell down and write. Sit alone with yourself and a piece of paper without thinking about an audience, your database, the best way to market using social media.

4. Long to say something.

"How can I build a successful blog?" people ask me. I do not have a clue. I do everything wrong — my posts are too infrequent and far too long for a nation shocked by long uninterrupted blocks of text. What is your intention? To build a successful blog, or to actually say what is inside your heart and mind and every single bloody cell of your being, and that you must somehow export it out into the world before you die? Much writing I read these days is to sell something by a formula. Is that your highest purpose? Is that the voice that is dying to be let free into the world? If it is, great, that's fantastic! If not, stop it. Stop it. Sit with yourself and your unique place in the world and write it all down. Write it all down. Speak your voice. So many people say they need to find their voice. You have a voice, now use it, damn it. In the writing comes the thread. In the writing comes your unique voice, your way, your sense-making of the world around you. Can't say what you want because people won't understand or like it? Who are you living for? Yourself or people with wallets? Yourself or applause? Yourself or validation?

5. Name the direction of your intention.

See number 4, above. Why are you doing this? Why do you want to write? To be on a best-seller list or to say something that only you can say in the way that you can say it? To leave behind a record of having been here? To scratch out some small surface of your story for others to learn from? To tell your Truth as only you can see it? To get optioned for a movie? To enroll people on your precious database, like so many prizes in a Cracker Jack box? Why? Name the direction of your intention. You can't play two intentions at a single time on stage — which are you playing? Are you warning Hamlet or getting the audience to love you? Warn Hamlet.

"People won't like what I've written. They won't buy it. It'll never get published." WHO CARES? Who cares. Annie Dillard once said you have to be an orphan to write. Be an orphan. Write it. If you fear leaving it behind should you be hit by a large flock of seagulls and killed on your way to lunch, write it and fling it into the air by hitting DELETE. The only thing important about that difficult scene you need to write, but which would embarrass you if others read it, is that you wrote it. Write it all down, the worst imaginable things you think. Just write it. Delete it if you must; the important part is to write it. Get it out of your system. Stop trying to manifest an audience.

7. The writing is everything.

Not the publishing. Not the work-shopping. Not the agent-shopping. Not the Amazon sales rank. Not the deciding who will play you in the movie (Meryl Streep, of course, for 90 percent of us, what with the accents and all). No, just the writing. The unsexy part. The part where blood drips from your forehead and you imagine yourself far more precious and special than you are.

8. Shut up about ideal conditions.

I am tired of hearing myself whine about needing a writing shed — and, frankly, I'm tired of hearing you whine about it, too. I have two words for you: Concentration Camp. Beautiful, haunting, exquisite music, art, and writing, were born of Auschwitz. Shut up about needing different-colored walls. These are all deflections that serve only to keep you from doing the work. Your studio is too messy? Clean it the hell out and get to work. You don't have a studio? Write at the dining room table like I do. Don't have a dining room? Sit on the toilet and write. Don't have a toilet? Got floor? Don't have time? Have a full-time job? So do I. So did William Gaddis, author of one of the most amazing American novels ever written. So did poet Wallace Stevens. Get over it. Talking about not having enough time takes up more time than it would take to actually write.

Write your heart out. Put it out into the world (or not) and then write more. Don't stop to head up your own parade. Just write. Write like you are dying. You are.

Everything you are doing to avoid actually writing is a deflection, including taking more classes. You know enough. Do you know the alphabet? Do you have a brain and a heart? You can write with JUST THAT KNOWLEDGE AND EQUIPMENT (see below).

I've heard the excuses. If only I had one of those cool astronaut pens that write upside down and in the rain, then I could write the Great American Novel. If I had one of those weatherproof notebooks . . . See number 8. Write with a pencil nub. Just write. You don't have the latest studio equipment? Too bad. Pretend you're MacGyver and have to save the world with a safety pin and a piece of string. Imagine you are on a plane that is going down into the ocean and you need to scrawl last your words on a vomit bag with an eyeliner because that's all you can find and time is short. Use what you can find. Because time is short.

That is all. End of rant. For now.

Patti Digh, the creator and author of the award-winning blog 37days.com, is also the author of the best-selling Life is a Verb, A Books for a Better Life Finalist, and Four-Word Self-Help. Visit her at pattidigh.com. 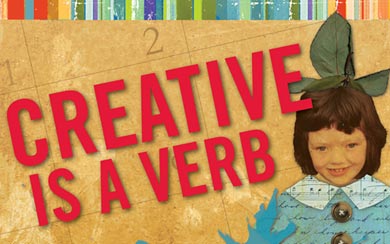 Reprinted with permission from Creative Is a Verb: If You're Alive, You're Creative Copyright ©2011 by Patti Digh. Published by skirt!/Globe Pequot Press, Guilford, CT.