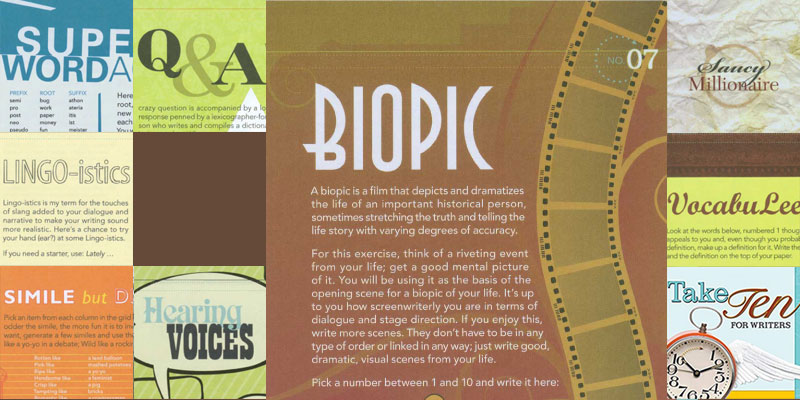 Tell an engaging story about your life in voice other than first-person narration.

Think of a fairly recent event from your life that has some emotion, drama, suspense, humor, or action in it. It’s best if there are at least two people involved, and you are the main character. You are now going to tell this story, but in a voice other than the usual first-person narration.

Find your number below. This is the voice that will tell the story.

Find your number here. This is the voice that will tell the story.

One of the biggest benefits of doing a lot of writing practice is that it helps you develop your own writing voice. This voice is unique to you. It's what you bring to the table. It's not just your style, it's your perspective. It's also your passions and the collection of your experiences. It's your beliefs, desires, and memories. It's how you see, hear, smell, feel, and taste the world. In essence, it is you on paper, and it is as unique as your fingerprints. Keep practicing, and your writing voice will continue to emerge in its beautiful and raw way.

Next: I Wood If I Could Writing Exercise