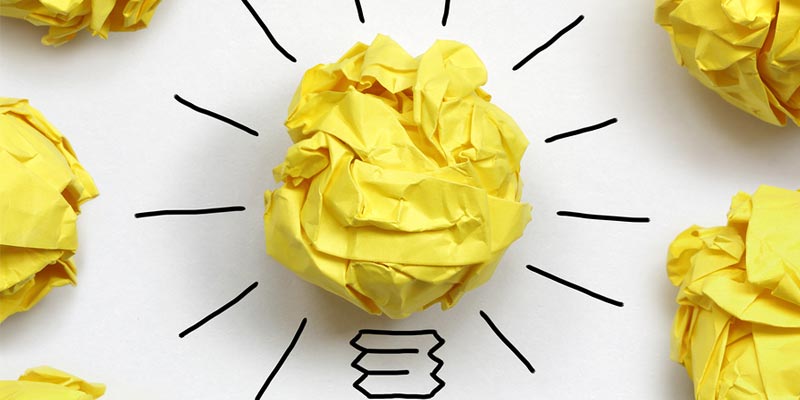 Tapping into the Collective Consciousness

An excerpt from The Art and Science of Light Bulb Moments
by Tom Evans | Updated September 9, 2018

There have been many times throughout history where two or more people come up with the same bright idea at the same time. Some of these cases will undoubtedly be down to either plagiarism or espionage but some are the result of pure synchronicity of thought and invention.

In this modern day and age, unless you sit in a dark cave, you are bombarded by terabytes of data each day. You could easily scan a newspaper but not consciously read an article about a new invention or idea but then it could appear in your conscious mind sometime later, perhaps as a light bulb moment. You then see the invention mentioned on TV or the Internet sometime later and you might think someone has stolen your idea when it wasn't necessarily yours in the first place.

So it's quite understandable that this sort of thing happens all the time in our so-called connected or wired world. I know of many of the sources of the ideas in this book but I am sure there are others that have percolated their way through my unconscious mind.

This issue is, of course, nothing new. One such case which is as well known for its intense acrimony as much as its significance, is the development of differential calculus, pretty much around the same time, by Isaac Newton and Gottfried Leibniz. Both men were renowned for working in isolation and secrecy and there was no Internet or telecommunications network in those times to leak one scientist's work to the other. Even if there had been espionage, the postal service from Germany to England would take weeks.

Newton went on to use calculus to develop the Theories of Gravitation that we now use to send space probes around the Solar System.

For just one of his next tricks, Leibniz came up with binary notation used by modern day computers. If they had just been friends and collaborators, and didn't waste time arguing about whose idea it was, just imagine what else these two great minds thinking alike might have come up with.

It was another great mind a couple of centuries later, that of Carl Jung's, who popularised a mechanism whereby Newton and Leibniz may have unconsciously communicated. Jung called it the Collective Unconscious. It is also known as the Collective Consciousness. It has many other names too such as the Cosmic Consciousness, the Noosphere, the Morphic Field and Superconsciousness. I prefer the term Superconsciousness as it implies it is a state we can enter as opposed to something which is somehow separate from us.

The concept is that all knowledge and wisdom are somehow locked up in a huge memory bank that we can tap into at any time. This includes all past and future thoughts and the 'thoughts' of all living things, not just humankind.

It's possible that the collective consciousness is wrapped up in 'higher' dimensions and that our brains are transducers that can not only 'read' from it but 'write' to it. From the point of view of having light bulb moments on demand, this is a really useful concept to go along with.

A good example of how this works across time could be the prescience, or pre-science, exhibited by Leonardo da Vinci that I mentioned earlier. Did he 'invent' the helicopter by seeing someone piloting it in the future? Did he imagine the parachute just in case someone needed to escape from one when it failed?

To get our heads around how to tap into the collective consciousness to access such light bulb moments, we need to replace our left and right hemispheric model of mind with a tiered Three Mind model.

Instead of slicing through the physical brain to look at its function, it's useful to analyze the brain from a mind-full perspective.

At the surface layer, we have what we call the conscious mind.

This gives us the illusion of reality, and also seems to have an in-built narrator which sometimes doubles up as an inner critic. As you are reading these words, try to identify who exactly is reading them and who is making sense of them? To add a little further mystery, stop reading for a moment and listen to your inner voice. What accent is it speaking to you in?

It's been measured that the conscious mind can process about seven (plus or minus two) 'things' per second. This is probably why you can remember seven digit phone numbers and, if they are any bigger, you remember the area code as a chunk, like 020 or +00 31.

For much of the time, our conscious mind seems to be either idling or running that internal commentary of what we are thinking. Occasionally we can be replaying a previous encounter or previewing or planning something we are about to say in the future.

So it is your conscious mind which is probably reading these words to you. If so, consider who is reading what and to whom. If you have met me and you know my voice, you may even superimpose it on the words as you read them. You could view this ability to write and read as a form of telepathy.

While all of this is going on, what is also feeding the conscious mind is the unconscious mind which is sometimes referred to as the subconscious mind. It is by definition everything we are potentially able to be conscious of but aren't particularly paying attention to at that time.

The unconscious mind primarily takes its input from your five senses of sight, hearing, taste, smell and touch. You will see later that this is not the limit of its inputs.

To show yourself how the unconscious mind works, think about your little finger. This will remind you that you have one.

The unconscious mind also regulates conveniently automated lower level functions such as breathing and your heart beat; you have to work a little to become aware of them and then to control them.

Your unconscious mind is also the seat of your emotions and the route to accessing all memories. It is said that it processes something like two million bits of information per second. This is a huge number but I suspect it is a gross underestimate. A number closer to infinity is probably a better bet.

Whatever the number though, there is a huge gap between what the conscious and unconscious minds process.

What is clear is that certain types of mental activity block both the conscious and unconscious minds.

This demonstrates how we flip between thinking and doing. It's as if you can only do one or the other. In fact, when you are writing too, you almost become a reader.

To be creative, your conscious and unconscious minds have to be not only uncluttered but also to be interacting in such a way as to give clear access to your memories and inspirations.

What is actually happening is that our minds are constantly moving from one state of awareness and consciousness to another.

Next: The Cascade of Creativity