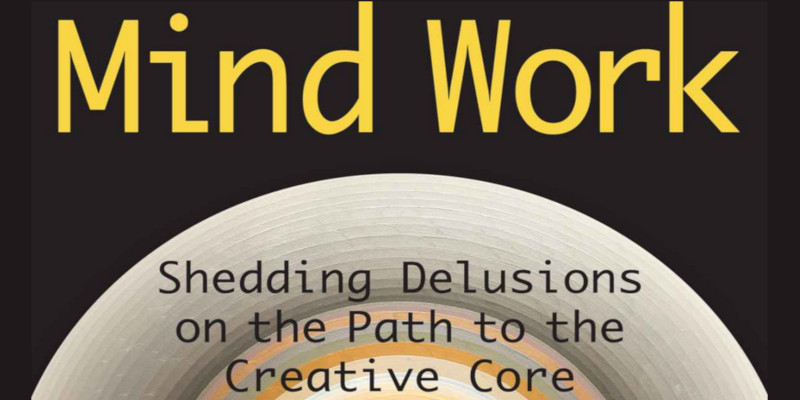 Stripping Down to Essentials to Attain Greater Clarity

An idea came to me this morning during the half-hour meditation that is my daily practice. I know I'm not supposed to be thinking while I meditate but sometimes — okay, often! always! — the thoughts do come and my mind goes chasing off after them. So it happened this morning. The idea that came turned out to be a delicious one, and I was unable to let it go.

Here's the thread: For nearly two years now my writing mind has been preoccupied with the book I published early last year, Persist: In Praise of the Creative Spirit in a World Gone Mad with Commerce. For a good few months before the publication I was busy assembling this collection of essays that spans some thirty years of observations about art and artists, writers, and others whose lives are devoted to creative work. In the time since publication I have been almost exclusively engaged in doing what any author is obliged to do with the outcome of his work: making it known to the rest of the world. I have been writing about Persist, speaking about Persist, social-networking about Persist. Persisting is after all what the book is about. All of which has been good and proper, and I have enjoyed the trip. But in the past few weeks I have been feeling that old itch to set off in search of something new.

So this is what came to me this morning: the germ of a new idea. It will be, simply put, an exploration into the world of who I have imagined myself to be, along the way, and who I have become, at this stage of my life; a study, then, of past delusions and present reality, as observed through the eyes of a man approaching his old age, his final years on this planet Earth. It is not, I want to stress, about "aging", but about ways of seeing things from this new and still evolving perspective. It's about stripping down to the essentials in order to achieve a greater clarity

I take note of my reluctance to use the word "old." Instead, I weasel around it, writing of "approaching old age." Like most people of my age these days, I suppose, I have a resistance to thinking of myself as old. This is in part, surely, culturally conditioned. In today's America we do not like to think of ourselves as old. We say things like "You're as young as you feel," or "Your age is just a number." And it's true that we all age differently. The body of an eighty-year old man (I'm not there yet!) may still be relatively youthful, or it may already be decrepit. We are fortunate to live at a time in which we have learned more about such matters as nutrition and the value of healthy habits and physical exercise. Here in Southern California where I live, we enjoy an enviably benign natural environment, where neither climate nor culture makes great demands on the bodies we inhabit.

All of which is useful to bear in mind. But it's also true that there's an element of denial in the way we talk and think about our age. In just a couple of months from the moment of this writing, I will celebrate my 75th birthday. That's not "just a number." It's a reality. And that reality is no longer "middle age" by even the most rose-tinted count. Let's be truthful. It's the beginning of the last quarter of a human life, at the very best. I have no choice but to embrace that reality with enthusiasm — and, if I'm wise, to celebrate it with clear-sighted honesty.

So this is the new adventure that awaits me. Since I'm a writer, I will write it. It's an adventure because I have no idea where it will lead me; only the writing will be my guide. I plan to observe the daily life of my mind, along with the daily life of my body and emotions and the daily life that's happening around me, all with as much authenticity and clear-sightedness as I can muster. I plan, especially, to observe the changes in that part of my life which can best be described as spiritual — though the latter is a word that I have resisted in the same way I have resisted age: with respect, with suspicion, with anxiety and curiosity.

But of this, I'm sure, more later.

The writing itself will take the form I have come to embrace in recent years as the one in which I feel most comfortable, and in which I am writing now: the essay. I started out my writer's journey as a poet, when I was still a teenager. Over the years I have ventured into criticism, academic writing, fiction, memoirs, even political polemic — and I can claim some modest success in every genre. But I have finally had the good sense to embrace the essay as my own. Nothing pleased me more, in all the responses to Persist, than the comment from a critic who noted an affinity with the sixteenth century French essayist, Michel de Montaigne. What an honor, to be mentioned in the same breath as this most excellent practitioner of the form I have come to love! How much would I wish to emulate the profound, intensely personal and deceptively easy elegance of a writer I so deeply admire for his wisdom and his insight into the workings of the human mind, and whose purpose was so similar to my own!

Now that I come to think of it, I can actually pinpoint the time and place of my earliest discovery of this peculiar passion. I close my eyes and visualize a sunlit classroom on the second floor of the "new" wing of a school that would seem ancient by California standards, one of those second-tier English boarding schools dating back to the late nineteenth century — not an Eton by any means, believe me, but a respectable middle-class institution of privileged education. Its older classrooms — I associate them with Latin and other tedious studies required of us — were dark, almost subterranean, claustrophobic. But this would have been the new wing, with windows open to the fresh air in the spring and summer, and a pleasantly distracting view out over the gravel courtyard where our housemaster, Tiger, parked his wheezing old Morris roadster.

It's an English class. We have been assigned an essay. My classmates groan. But when my effort comes back to me the following day, it is with glowing comments from the English master. A small thing, perhaps. But in the context of a school where I was experiencing the full force and misery of teenage angst, where I felt always out of place and pitifully lacking in the skills and social poise possessed by everyone around me, this was truly a ray of brilliant sunlight. I had discovered something I could do, and could do well.

I have written many essays since that time without actually thinking of them as such: I have written hundreds of book and art reviews, newspaper columns and articles and, since the advent of the Internet, daily blog entries. But it is only recently that I have fully identified and celebrated my comfort with the medium. That said, I am clear about the fact that the essay is not an "easy sell," especially in book form. People read essays all the time without being conscious of the fact that they are reading them and, perhaps for this reason, shy away from them when presented in the form of a book. They prefer stories. I venture forth, then, with a clear awareness of the risk, and with the knowledge that if I have stories to tell, they will have to be in essay form.

For me, finally, writing the essay is much like writing poetry. It's a dance with words, concise and hopefully elegant. Its brevity appeals to me, in an age when every book, fiction or non-fiction, seems overstuffed with vastly more pages than are necessary, and where more and bigger seem the norm in every aspect of our lives. More space, more words, more money, more celebrity… we can never have enough. So I relish the opportunity to be brief, to say what I need to say and then shut up. I will try to honor that predilection as we proceed.

Next: The Art of Looking At Art