What condition are your creative roots in? 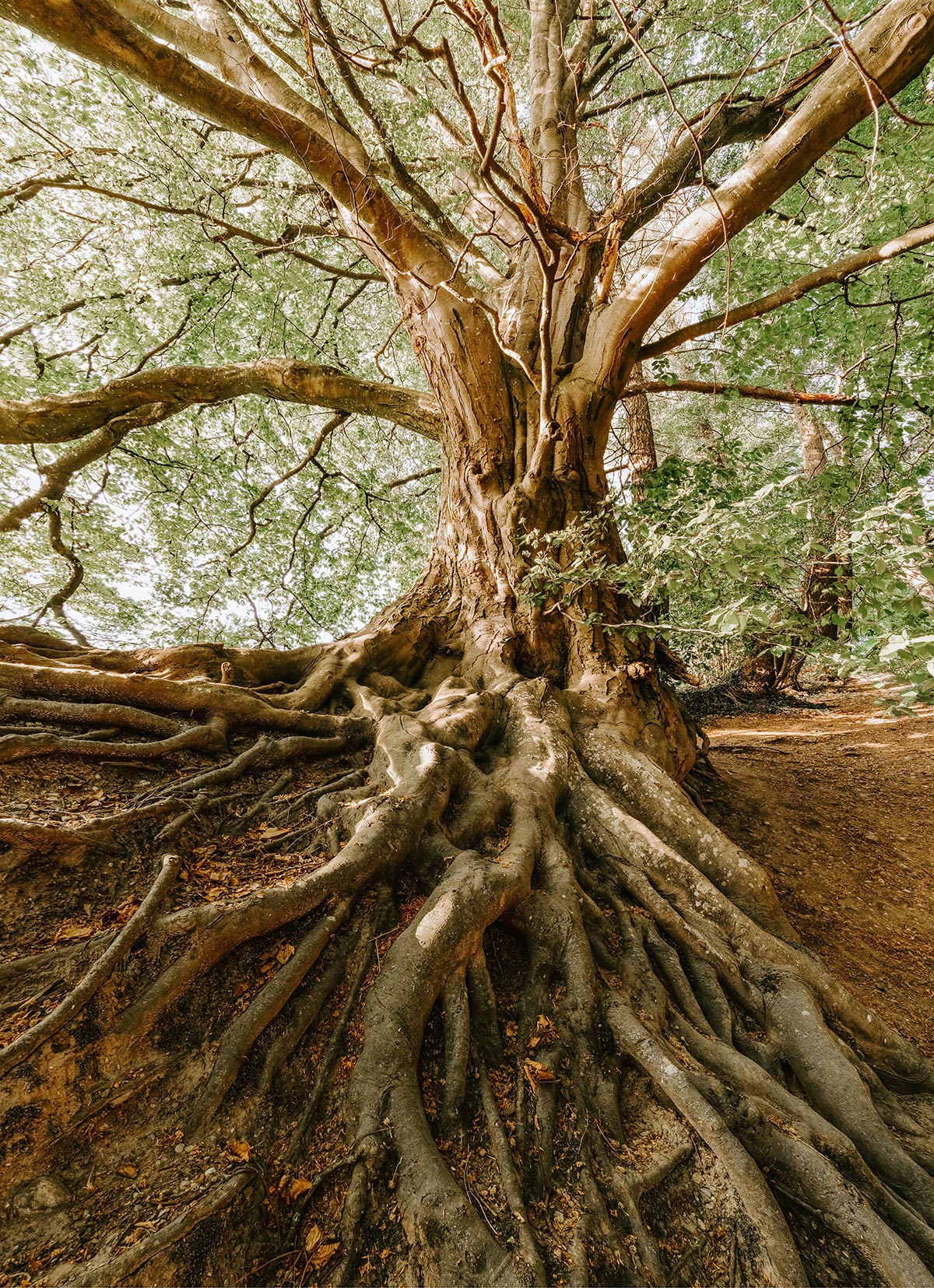 I guess you could say if my life is a tree, until recently I spent most of my time out on the limbs, dancing among the leaves, swinging from the vines and when in need of adventure, hitching rides with the faeries to enjoy a pixie-eyed view of the forest.

Needless to say, I never spent much time on the ground. In fact, I thought "grounded" was a Hungarian term, referring to a small, borrowing animal native to the mountainous area surrounding Budapest.

Imagine my surprise when, during a guided meditation for artists, it was suggested that I imagine myself a tree. That wasn't the surprise, I'd been doing that since I was five years old and discovered the family of willow trees in our backyard would listen to my stories without interrupting me. (I fancied myself their friend and hoped one day for adoption.) But then the meditation guide suggested I let the energy flow down into my 'trunk' and down further still, into my roots, allowing life's current to flow into the earth. "Reach into the dark," she said. "Allow yourself to be held, supported and nourished from the place of your origin."

I tried. I did. You gotta gimme kudos for that. But my energy just stopped around the midpoint. Somewhere between heart and solar plexus (the place on my trunk where squirrels like to store their acorns) the energy shuddered to a halt. I opened my eyes to peek around the room. Others were clearly enjoying their tree selves, rooted yet swaying in their spots on the earth, but I … I … I felt. Truncated.

Like most of us in the Western Hemisphere, I was born into a family that valued the patriarchy. Values were placed on good Christian morals: being industrious and productive, acting responsible and morally righteous, giving generously to others. We are a Nike culture that values the masculine yang energy: Just do it. And be quick about it. The yin, feminine principles of opening, receiving and nourishing, have little place in our society, churches, schools, homes.

So most of us end up with a focus on left brain behavior, serving the Sky God (the sky — or air element — has long been associated with the male energy of new ideas, analytical thinking and action) attempting to grow the tree of our lives while disconnected from Source.

I moved to the desert in November of 2006 after hearing a voice telling me to "Quest Down the Spiral." Though I didn't really know what that meant, nor could I have predicted what would ensue, I followed that intuition as it led me away from family, friends and all that was familiar. I rented a casita on the edge of a mountain-grown mesa and there I began courtship with the Feminine. Since I didn't really know what to "do" (there I was, trying to approach Being by Doing) I began with deep listening, which means I devoted time to meditation and quiet reflection. I read a lot about the roots of our culture. The worship of a masculine God and male centered philosophies is only a few thousand years old. Worship of the Goddess and priorities centered on balance and union with nature goes back more than ten millennium.

Daily I took walks and traversed both inner and outer landscapes. I traveled the realm of the Unknown rather than the realm of Agenda. In short, I let my life lie fallow while I awaited instruction.

On one of my walks I met the Deep Feminine and she showed me the darkness of the earth's womb, where all life has its source. She showed me my own dark earth, and its connection to body and spirit and to every living thing through the collective unconscious. With the wind in my hair and the moon on my back, I began courting her. I won't deceive you, it was tough. Very. For a woman who's used to working 18 hours a day, with achievement as my goal, allowing myself time to stand still was a stretch akin to The Rack.

Day after day I would stand outside, feet solidly on the earth, and really allow myself to feel the ground. I'd reach my arms up, throwing my energy skyward, while simultaneously casting my energy downward, toward the molten lava at the earth's core. While my hands howled freedom, my feet cried nurture. One day I felt a tug at my ankles, looked down, and there they were. Roots. Ironic isn't it? I'd come to the dry, barren desert to find the rich, fertile soil of support.

And you, dear reader. What condition are your roots in? Are they dry and brittle from neglect? Do they reach deep into the nutrients of self care? Do you allow creativity the time and space to lie fallow, while your roots absorb and regenerate? It is there, in the dark of the unknown, that every acorn, apple and cherry blossom — every painting, poem and song — have their source.

It's the trees with the deepest roots that survive the storm. Season after season, they grow more bountiful. Bearing the juiciest fruit, their seeds travel by wind and rain to find their own patch of soil where new life is afforded the opportunity to turn its face toward the sun. It's how we, as artists, continue the life cycle. By being good to ourselves, we grow. And in growing, we create the fruit that feeds the forest.

Will it be feast or famine? Consider your roots.