Monkey Mind Goes to the Circus

Write through the inner critic. 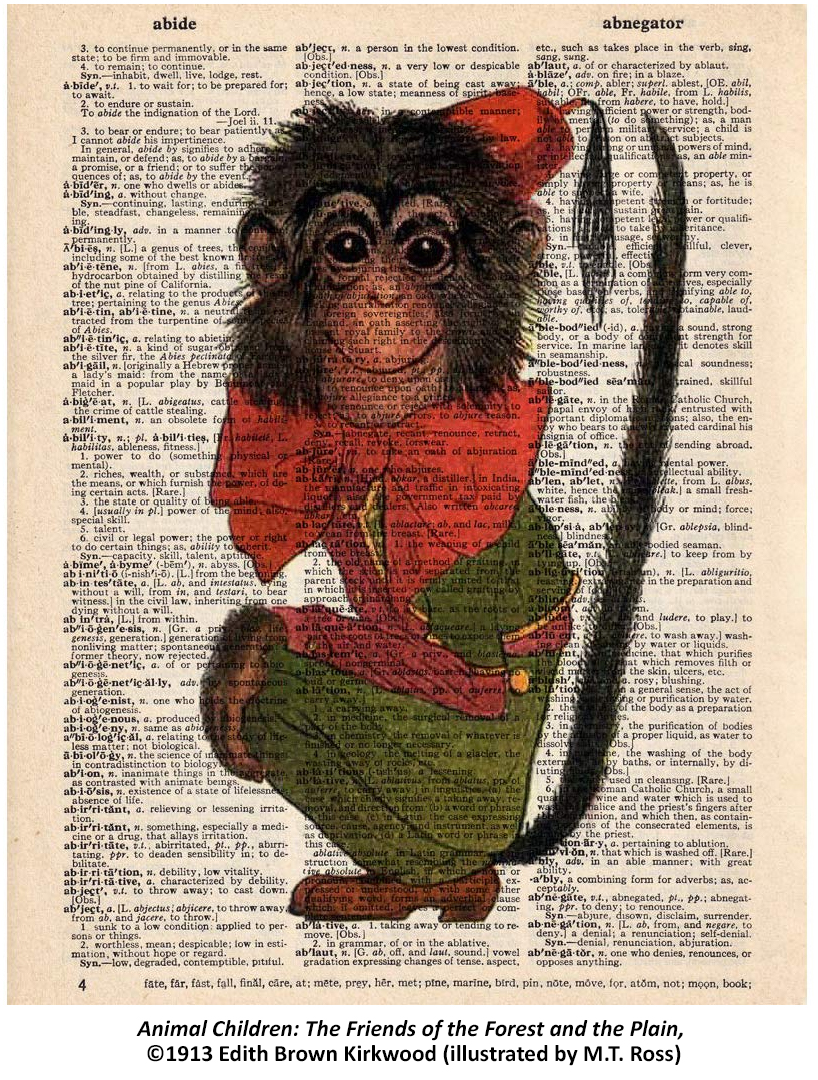 If you've ever read one of Natalie Goldberg's books on writing, then you know what monkey mind is. If you haven't been fortunate enough to read her work, let me take the liberty of explaining the concept.

The critic — the one that sits on your left shoulder to peer over and down at your creative work — is the monkey. It is the part of your brain, your ego, (and your self training) that says you'll never get anything right. You won't ever find your authentic self, be a real artist, contribute anything worthwhile in the world. It is the voice of your parents or your schoolteacher or your well meaning friend who told you in a candy-dipped-in-acid voice that your creation lacks originality, that you'll never make any money as a writer, that the world is full of artists who do it more creatively, more brilliantly than you do. "I'm only trying to help," it says. "Be realistic."

The important thing to remember is the monkey mind is in your head. It might have begun with the voice of another person, but now as you struggle to bring your own vision into the world, it lives inside of you. And what most educators fail to tell us is that it is natural. It generates from fear and fear is one of the human common denominators. Fear, in all its guises really is "only trying to help" us. It initiates the fight or flight response. You then have the opportunity to fight your way through to an emblazoned new creation or take flight and hide out in the colorless world of doubt. By asserting ourselves in the face of fear, we grow strong. We develop spine.

I struggle with this constantly. The only comfort I have, as I stare down a blank screen or a white canvas, is the knowledge that I am not alone. Artists everywhere experience this monkey hopping up and down, filling the brain with defeat before we even begin. Since I know I will have to confront this monkey mind on a regular basis if I am ever to excavate my creative self, I have begun developing strategies to deal with him.

Monkey mind's message is poison. Listen too much to that monkey, swallow too much of his diatribe and your art will die. A slow and torturous death can occur through delayed projects, days away from the easel, dust on your keyboard. If given a quick, brutal death the poison will result in paints thrown in the trash, a creative writing major exchanged for a computer science major, or half-scored melodies filed in a metal bin below last year's taxes. But poisons have their gifts as well. Drink a small does of monkey mind's poison from time to time and it serves as inoculation and prevents disease.

Exercise: Write On Through the Roaming Monkey 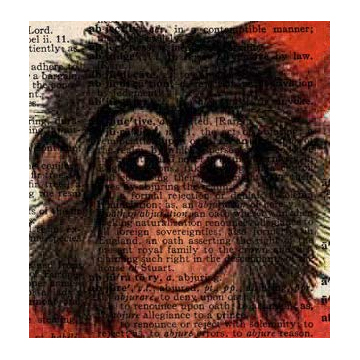 In Natalie's writing workshop, she assigned a valuable exercise. We drank just a bit of monkey mind's poison by letting our monkeys roam freely in our notebooks. The power in the room was palpable as we collectively allowed the monkey to stretch his legs. Animals need room to exercise. When bottled up, they grow cranky and irascible. They grunt, groan, screech for attention.

So for 10 minutes we allowed ourselves to write down every fear, judgment and criticism our monkeys had to say. During the workshop, when Natalie assigned a writing task like this, the only rule was to keep your hand moving across the page. We were not allowed to lift our pen from the paper, but instead had to write whatever came to mind without stopping, without editing.

As I began to let the fears and doubts of my monkey mind out of the cage, something truly special happened. The first few lines were filled with the screeches of failure, the taunts and jeers of doubt. But then something in me stood up to the monkey. I think it's called a spine and who knew I had one? But there it was, stomping around my notebook in its black thigh high boots, whip in hand, making the monkey move to an enticing rhythm. My rhythm.

Since leaving the workshop, I have tried this exercise with varying degrees of success. But the tricky part of dealing with monkey mind is identifying it. Monkey doesn't only flap its jaws as you sit down to create. Like an annoying co-worker in the next cubicle, it tends to run its mouth incessantly. It's with us in dreams, upon waking, while taking groceries out of the car, while pondering the rain or the moonlight on the bark of an elm. And it's not going away. It's moved in and is quite content sitting on the shoulder of your psyche. So our job, as artists, is to learn how to work with monkey mind and let it have its place in our consciousness without allowing it to throw crap across our most brilliant ideas or scatter peanut shells all over the floorboards of our creativity.

Some days I play dress up with monkey mind. I force it to wear a red fez cap (complete with the tassel) and carry a tin cup while I wear a straw hat and play the organ grinder. Other days I put a dunce cap on its head and make it clean my blackboards and dust my erasers. And then there are the days when the sun is shining and a warm breeze is blowing in from the north. We go to the park and play Mother May I, Red Light/Green Light and hopscotch. If I buy him an ice cream, he lets me win. If he behaves himself I'll paint his toenails 'bigtop red' and let him follow me to the library where we read Walt Whitman.

Those are the best days. As the sun sinks below the horizon to shine for the fishes, I lie down on my bed and drift into the three-ringed circus of my subconscious. I thank monkey mind for giving me the opportunity to enrich my resolve, sharpen my will, strengthen my spine. We shake hands before sleep finally slips us under the circus tent of the dreamtime. It's there, while eating polka dotted cotton candy and pickle flavored popcorn, that the next bright idea spins into view on the hands of a fire eating juggler. I reach for it, determined to ride it into waking. And for once, monkey's mouth is too full of popcorn to pipe up.