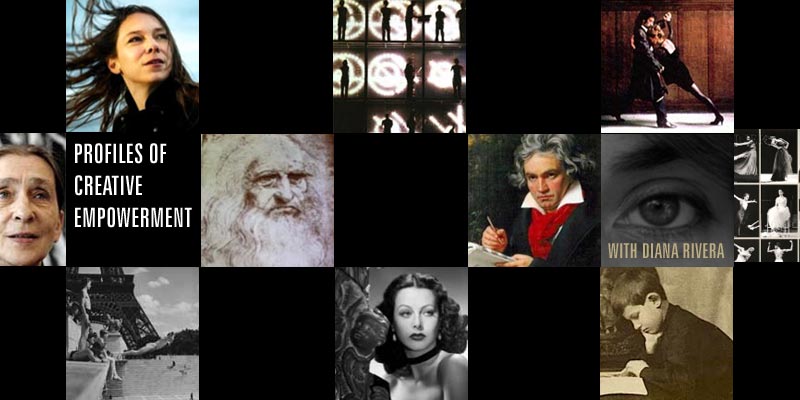 The Rite of Passage for the Creative

What would it be like if everyone were initiated into their creativity?

"In the creative state a man is taken out of himself. He lets down as it were a bucket into his subconscious, and draws up something which is normally beyond his reach. He mixes this thing with his normal experiences and out of the mixture he makes a work of art." — E.M. Forster

The emergent creative is like a crusader of the unchartered world. There is seldom a treasure map handed over by some greasy fisted pirate since the dimensions of their personal discovery are too vast to simplify. Some tread cautiously along what appears to be a delineated path, while others may make leaps and bounds, but still don't quite know when they have arrived or if they should even have gone in that direction.

What would it be like if everyone — including the emerging, mid-level and even the highest paid creative — had been initiated into their creativity? A rite of passage is another way to refer to it. Imagine if the creative professional was given that moment, framed by a ceremony or a sacred meditation of that honorable entry. The work one does certainly calls for it. From the mastery of a creative form to the navigation it takes to produce work through the urban or suburban jungles, it could really be useful.

In tribal cultures, there were rites of passages for coming of age, fertility, marriage and death. Depending on the situation there were three phases to the process including separation, transition and re-incorporation, as stated by the Arnold van Gennep a well-know anthropologist. One would be separated from society to metamorphosize and then would reintegrate with a new status in tow. What would this process mean for the creative?

Countless well-known creatives have hidden from popular society to re-emerge with new work to present to their audiences. In some cases a newly invigorated style was strutted…but that's not the same thing, or is it?

In a conversation I was having with an actor friend recently, she was reminding me of her first time on stage in which she played the role of a village girl at the age of 12. In retrospect, that was her rite of passage into the performing arts. Even though she didn't have any lines of dialogue, it didn't matter. For her, the spirit of ensemble and being witnessed on stage were the critical elements that got her hooked on her art form. That's to say, the energy of being present in her art form coupled with being seen by her community was a portal into a passion she has dedicated her personal and professional life to.

With most creatives that I speak to, it seems like when they look back on it they can recall a time that was seminal to their transformation. It made me wonder if this might be a missing link for some in their professional progress. What if there were multiple times in your creativity life where a rite of passage was needed in order to reach over into the next epoch? For those that are feeling limited, stuck or have lost their passion, this might be an invitation to consider it.

In our contemporary world, with its speedy email deliveries and Fed-ex drop-boxes, how might we incorporate a rite of passage? It seems that it will be in the hands of the creative individual to make a call on that one and develop a rite of passage that suits their vision of ritual. Don't rely on a university to hand over the treasure map either! Rely on the same powerful realm of instinct you normally do and trust that this is all you'll need.

If that feels difficult to swallow, focus again on what you would want your ritual to be like, feel like, sound like and smell like. What would you hear an audience member say about you and this creative journey you are on? What would guarantee that you were on it?

Next: The Transformative Wisdom of Sand