In act III, scene II of Shakespeare’s Julius Caesar, Mark Antony delivers his well-known and often-quoted eulogy in honor of the recently murdered Julius Caesar. “Friends, Romans, countrymen,” he implores as he speaks to the crowd gathered at the Forum in Rome. Indeed, Marc Antony must have had many friends among those who listened to him. After all, didn’t he succeed in winning them over and turning them against Brutus? By the way, Mark Antony also was “friends” with Cleopatra. But that’s another story.

I suppose that if he were alive today, Marc Antony would boot up his computer and get his message across to the thousands of “friends” he’d have via Facebook and other social networking sites. But perhaps, like Mara Dukats, Ph.D, who currently teaches English, Creative Writing, and Humanities at Lake Forest High School, Lake Forest, Illinois, he’d choose to do so in a poem. 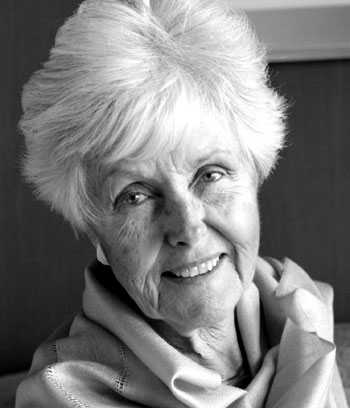 Summer's voice tips out into the
wind and back
over the hundreds of roads we've traveled
to a Pentwater winter several
moons beyond
the first buttercups
that mark the edges of my road
and Deb, singing of old friends in
denim.

Her blue gray eyes laugh
with frayed threads and faded
wrinkles
like stories, that unravel the depth
of evening.
In the morning she rises, gathers
summer in her palms
and sifts its moments like
gold...

After discussing the “hundreds of roads” metaphor that symbolizes the experiences the author has had with a friend over a long period of time, students will be eager to discuss their experiences with friends. Some may choose to reflect on events that occurred during the time they've spent with a close friend. Others may elect to tell how a relationship with a friend has affected their lives.

A Pot of Cherries

Some people have famous grandmothers. A few names that come to mind are Sarah Palin, Naomi Judd, Tina Turner, and Marion Robinson. But most of us have grandmothers who are unknown except for the many happy memories we can recall when we think of them. In her poem, “Grandmother,” Mara Dukats uses a bowl of cherries to relate an earlier event that took place with her grandmother. 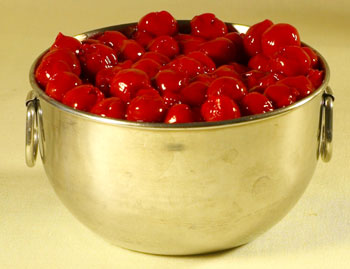 Your furrowed hands, spotted with
the years,
your fingernails, so subtly earthen,
your slender, crooked fingers busy,
as we sit at the edge of the grove,
pitting harvested cherries with
bobby pins.

Anchored on the stump, you’re
poised,
cradling between your knees
the metal pot
into which drop our sour cherries.

The pot fills unexpectedly (for me)
though you have always known
how simply one can fill the years
with marmalade.

An unknown author once wrote, “A grandmother is a little bit parent, a little bit teacher, and a little bit best friend.” After reading and discussing the poem and the quotation, some aspiring writers may choose to write poems in which they describe their relationship with their grandmother. As in the example shown here, those students may accompany their work with photos. Others may recall ways in which their grandmothers influenced them in a positive way, taught them a valuable lesson, or helped them recover from a difficult situation.

Next: Using Photography to Inspire Writing

“To life, well-lived” and “Grandmother” by Mara Dukats originally appeared in Reflect and Write: 300 Poems and Photographs to Inspire Writing by Hank Kellner and Elizabeth Guy (Prufrock Press, 2013). Photos by the author.